After years of ogling pictures of footage from previous Surfer Joe festivals I decided to go ahead and buy that expensive plane ticket and see the world’s premier surf music festival for myself.

The trip was downright grueling. I saved money on the flight over by taking a 3-leg trip that required changing airports in both NYC and London. I figured that’s not so bad -- grab a bite with a friend in NYC, see London for the first time. As it turns out, my initial flight was delayed so my 4.5 hour stretch in NYC became a worrying 1.5 hours. That flight stayed on the ground for a while, so London was similarly cut short -- I would have missed my flight had it not been delayed. It felt like a miracle when I ended up in my bed & breakfast merely 3 hours later than planned.

The first day of Surfer Joe is a small one, starting at 9pm, so I had the entire day to walk around and see Livorno. It’s a beautiful town, bigger and more active than I expected. It feels like Italy all right, but more laid-back than Rome and with nice canals and the smell of the mediterranean and flowers. Surfer Joe Cafe shares a building with the Aquarium, which I visited and saw species of crabs and lobsters that I’d never seen before. 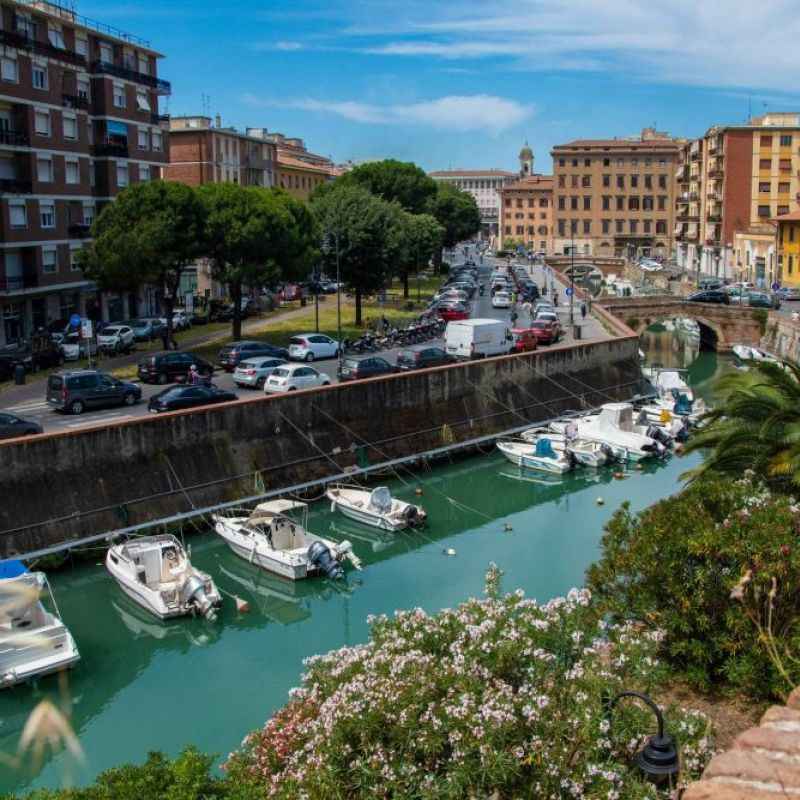 Livorno doesn’t really have much in the way of sandy beaches -- all rocks, though hundreds of people like to spend their time by the water at “Bagni”, little waterside establishments with umbrellas, pools and access to swimming in the sea. I didn’t have time to visit one my first day. Surfer Joe is right near the water, next to a beautiful plaza overlooking the rocky tidepools. From my understanding, in previous years there were two stages, one larger one closer to the water. This year the city required them to erect a fence, which led to charging admission (the exception being this night) and limiting to the single stage next to Surfer Joe Cafe. Having this explained to me, the change seems like a major bummer, but as a first-timer the situation as it is now seems fine. It’s still an outdoor surf music festival in a beautiful Italian city.

Atollo 13 couldn’t make the first night, so there were only two bands, though both ones that I had been looking forward to. Since the lineup was shortened, I Fat Tones didn’t start until 10pm instead of 9, but they were a great kickoff for the festival. Their debut album left a great impression on me, and seeing them live gave more balance to a band that already wasn’t a guitar fest like the rest. As expected, the saxophone was a major part of the sound, and he had the look down too, with a great beard going well with the sunglasses at night. Their bassist was the showman of the group, constantly moving. The guitarist was a killer lick machine, really letting loose some wild sounds while keeping a mysterious air about him behind the shades. 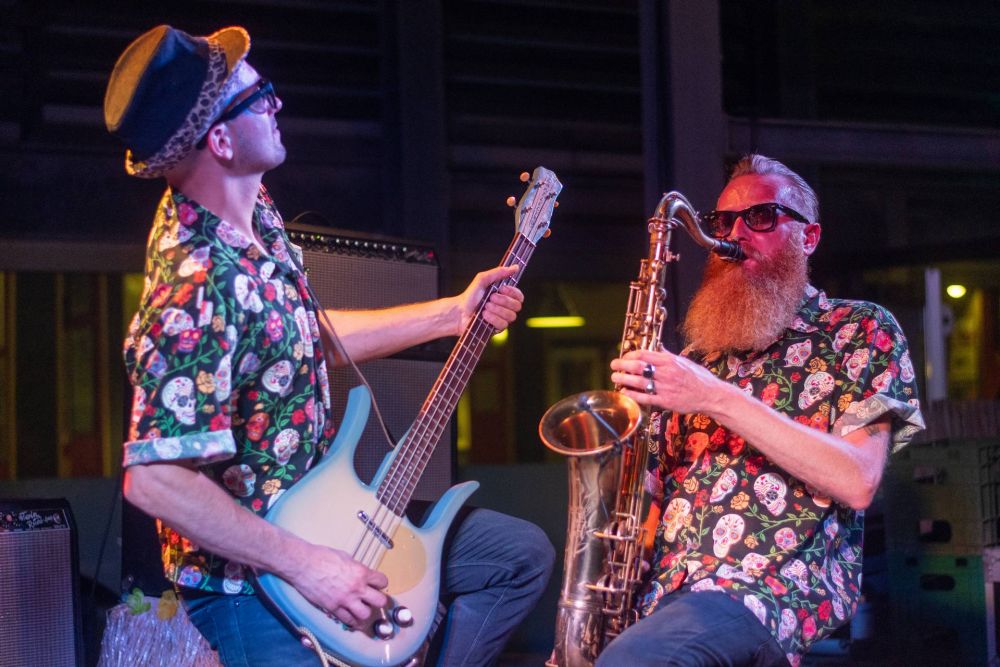 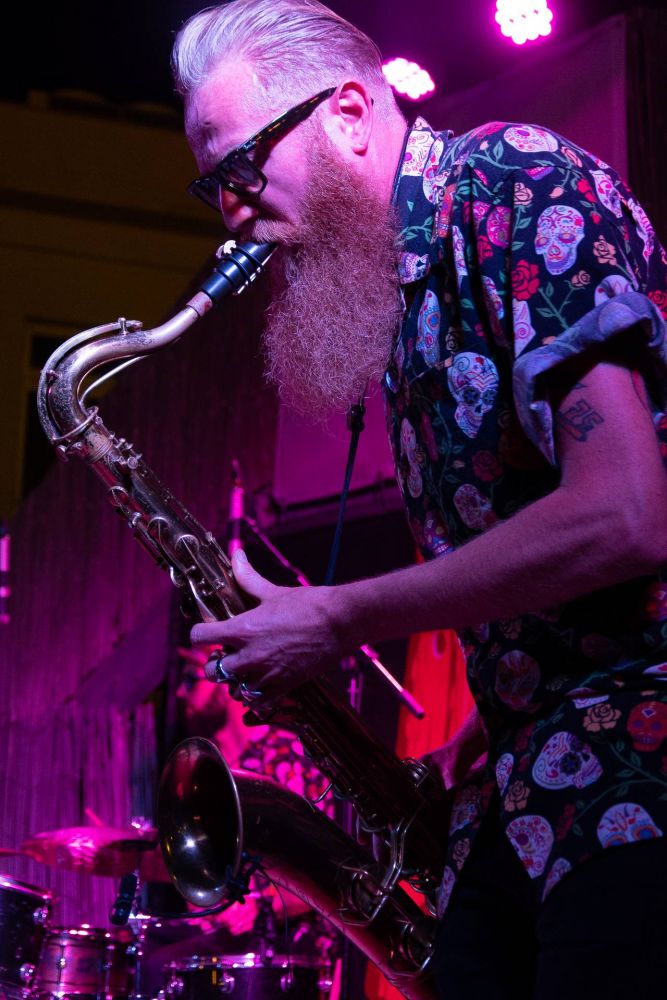 I was really struck by how this band, which had a somewhat punk sound on their record, sounded more trad in person. I don’t think I could pinpoint the difference, but it was working for me, and working for the crowd as well, with people dancing throughout.

In between bands I rode the ferris wheel that had been wheeled out for the event. It was neat, and gave you a lot of go-rounds for 4 euro. The Ghiblis started off their set with one that I didn’t expect to hear until later: "Noviembre Mood", a slow stomper with a pounding beat and strange hypnotizing guitar. Though it’s probably my favorite song of theirs and I recognized it instantly, it’s not exactly one to get people charged up, so it was a surprising choice for an opener. The following song, “Hot Rod” did the trick though, and people were bouncing. Much like I FatTones, sax is a prominent feature for the Ghiblis, perhaps a little more prone to moaning than straight honkin’. In The Ghiblis’ case, the drummer was a standout, out perhaps stand-up, and contributed evil laughter for one of their songs. 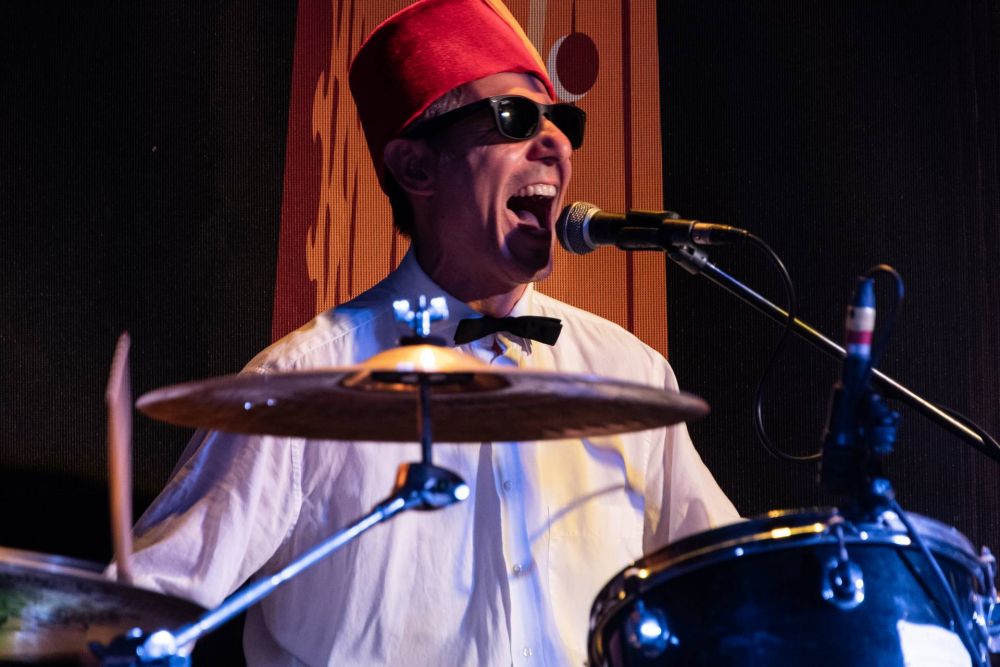 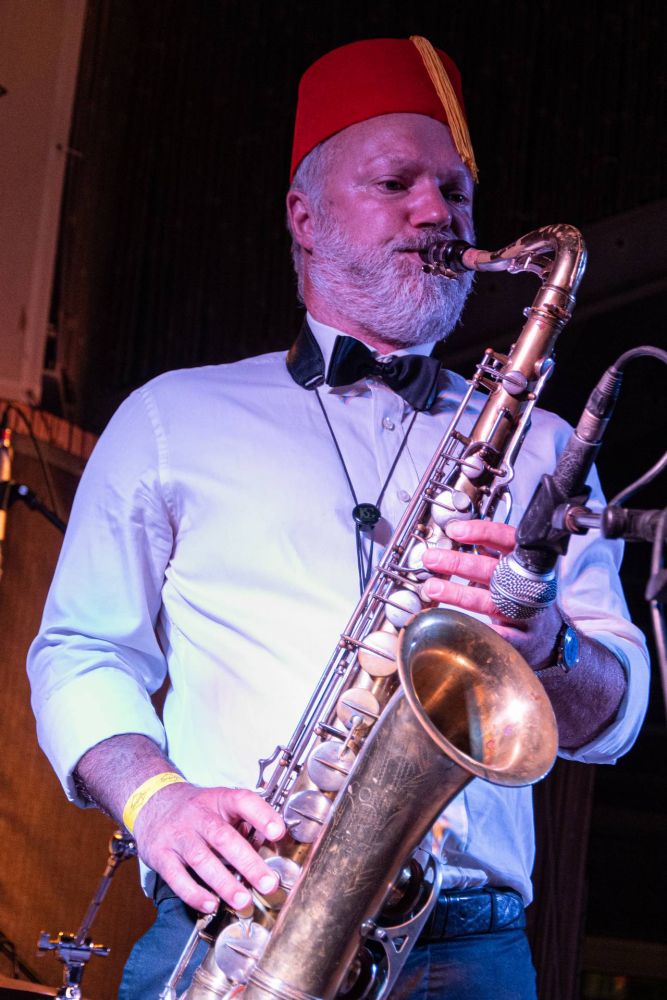 There were a few popular surf covers in there, but they played one that caught my attention and had me racking my brain until I remembered that The Ghiblis were formed by members of the excellent Diabolico Coupe, so some of those songs made it in.

The rest of the night was spent chatting with friends while DJ MZeb spun records in the background. I only stayed up another hour, as I wanted to find enough sleep to take advantage of the morning. I guess I kind of did, I wrote this article. Next up, the first full day of Surfer Joe.