Every year there are a few other things that I think are worth mentioning or commemorating other than just some good albums. Some of these categories appear every year, some disappear, it's really kind of up to my whim.

I didn't include Gremmy Award .png files because there would be too many of them. Feel free to contact me if you'd like your image.

Label of the Year

Last year ASOR rolled out their debut release: The Seatopians' great record Underwater Ally. 2020 saw releases from The Neptunas, The Kaputniks, Os Pampa Haoles, Los Misterios, The Creature Preachers, The Seatopians, The Tourmaliners' excellent Christmas album, Surfnado Tiki Squad, Girl Over Planet, plus singles from a slew of others. That's quite an explosion of fresh surf sounds, and though only one of these made the cut for a Gremmy honorable mention, a bunch of these were certainly considered.
A big part of what makes this label stand out is the promotion, which shines particularly strongly with Josh Graham's visual talents on Instagram (which are often lent to album art as well). He does a good job of getting these releases onto multiple music platforms, and I particularly loved the way the label leaned into Halloween.
Their one mistake: as somebody who named their thing with a very similar four-word name (Altered State of Reverb is even more syllables!) you should have gone with something shorter! But thankfully I don't think that will hold them back from success (whatever that word means in the surf world).

I'm totally theorizing here: COVID meant limited ability for bands to meet up and make music. Less time meant less opportunity to really get in a state of mind to come up with something powerful and original, so why not cut a quick song or two while everybody's together and we'll theme it around Halloween or Christmas so we've got some cheap & easy inspiration? Is that close? Or maybe with so little fun going on this year, maybe the holidays are more attractive? Whatever the case may be, both Halloween and Christmas saw more singles, EPs, compilations and even an LP or two from surf groups than I think I've ever seen before. My Halloween show was at least half new material, and I actually felt like doing a Christmas show.
I do say this every year though: if you're making songs for Halloween, don't release them on the 31st. Let us get into the mood earlier!

Best example of using the virus to your advantage 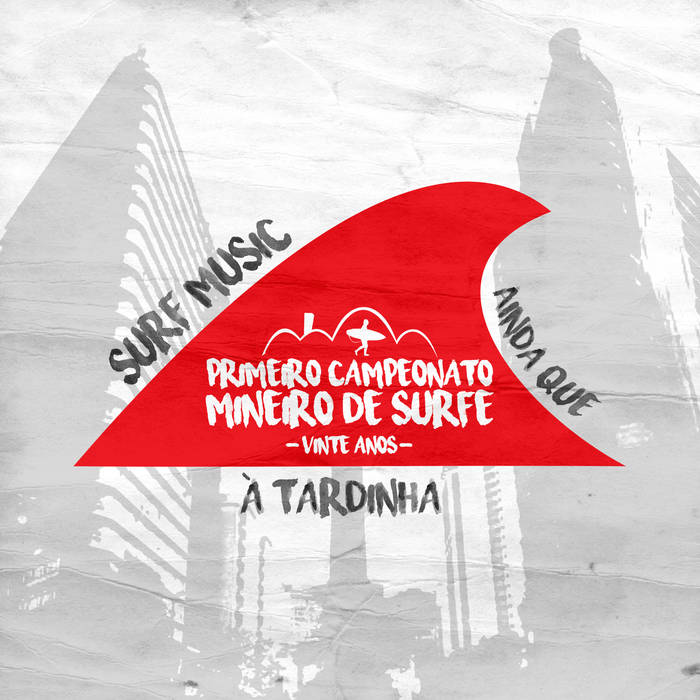 Covid ruined a lot of plans. Festivals across the world were cancelled.... but one in particular adapted. The 20th Anniversary of Primeiro Campeonato Mineiro de Surfe, a Brazilian surf festival (its name is a joke, posing as a surf championship in an inland city) switched to a 3-day youtube showcase with a rapid-fire presentation worldwide surf groups. Rather than a straight livestream, SIXTY bands submitted short prerecorded videos, which allowed a little more visual and audio control. A traditional festival would have had a much more limited audience, a smaller lineup of groups with fewer from outside Brazil, would have cost more, and would have come with all the thousands of logistical headaches a festival comes with. Don't get me wrong, I would much prefer to go out and see these and make friends in person, and though this was likely easier there was undoubtedly a HEAP of work involved, but the result was fantastic.
Missed it? That's the other good thing about it. You can watch it now!

The Hi-Tide Orchestra is more of a project than a band, with only Graham Tichy of The Swingin' Palms showing up in all of them and I assume they were arranged remotely. Many of them were covers, but all of them were fresh, bright, and extremely fun. I hope this project doesn't go dormant once we're back in the real world.

Each year it's fun to take a look at some short releases from new groups as a sort of prospecting opportunity on who might roll out great LPs in the future. There were a LOT this year! I kept my descriptions very brief because, well, these Gremmys are taking forever.

We Surf at Night - S/T
Dark tone with a tendency to get warped.

Jet Jaguars - Death Chase
A little more slow and mysterious than the other trad surf group from Milan above but just as good of a listen.

The Manakooras - S/T
Not exactly arriving out of nowhere (it's an all-star lineup and they had released a few singles), the first official release from this exotica revival group was a true highlight of the year.

The Bananaquits - Karlsson's Final Rumble
Great momentum and bounce, and fantastic cover of The Rembrandts.

Flower Smellers - 1-2
A heavy and psychedlic soup that ends up sounding very fresh.

Theeee Gondola - Pirate Wray
Nasty trashy and fuzzy garage from Japan. I like the vocal tracks too!

Maybe this should have been in the Mad category. I couldn't find a good category for it, and I feel like it deserves mentioning. This EP was a lot of fun.

There were a lot of great compilations this year, some highlighting lesser-known surf scenes, some benefiting great causes. This one did both, and did both well. First of all, this was a Covid relief benefit compilation that came out on April 1st -- bravo to Jim from The Breakers for putting this together so quickly, back when PPE was in short supply and we were in full chaos mode. It was also a cool glimpse of surf music in a city not really known to be a surf hotspot. Some of these bands I already knew, but there were some big surprises on here like some great tracks from 13 Tikis. This is a fun lineup with a mix of some very competent trad groups but also some brave, boundary-pushing acts.