The Reigning Monarchs are a really interesting case.

Let's start off by just saying that they're very good. Their LP "Black Sweater Massacre" was fun and energetic from start to finish, and full of variety and creativity. They talk a lot about melding surf with ska, reggae, punk - which I hear, but I hear them as a surf-influenced band first and foremost.

Almost more interesting than the album itself was the crowfunding success story. When they first announced their campaign to raise $10,000 to release their new album, I thought they were vastly overestimating the market for instrumental music. I was SO wrong. They breezed past it, raising just shy of $27k. To give you an idea, one of the few instro kickstarters I knew of at the time was The Coffin Daggers, who barely barely squeezed past their $3,000 goal. Since then, Satan's Pilgrims, who I would estimate still have more name recognition thanks to the 90s surf boom, managed to pull $10,000. Bob Spalding and Leon Taylor's of the Ventures' new outfit V2 attempted to raise $35,000 recently, and didn't even come close to what The Reigning Monarchs pulled in. I have to wonder if they looked at the Monarchs' campaign as a benchmark.

So what's their secret? I mean, they did have an LP previous to "Black Sweater Massacre", but it was nothing earth-shaking. Part of it is guitarist Greg Behrendt's career: he's a very accomplished comedian and comedy writer. He's had his own TV shows. There's no way that that hasn't lead to some crossover audience. But I really want to give them credit here: I've never seen them mention it. They really don't seem to treat this as a silly vanity project. If anything, I think they treat the Monarchs more seriously than most instro groups, which is why I'm writing such a long-ass article about it.

Or more specifically, I think they have some marketing magic fueling this whole thing, and that makes them a very interesting case in the instro world. They talk about all their loyal fans... I think most instrumental bands know of a few kinda weird dudes that always come out for a show. What is it that they're doing so right? Again, the music is worth it, but that rarely makes a difference in instrumental rock & roll.

So after Black Sweater Massacre they released a track on bandcamp: All Summer Single. It was perhaps even better than anything before that. They followed up with a Christmas track called "The Nutskanker Suite" and another single called "Murder Your Summer"

And after that... I didn't know. You see, the Reigning Monarchs went for another unorthodox release plan. They teamed up with a site called amplifi.fm to make The Lions Lounge. For $4 per month, you could get exclusive fan updates and one new Monarchs song per month. And they lost me. I pay a monthly flat fee for cell phone, netflix, internet, and health insurance. Even auto insurance I try to pay as much as possible up-front. Access to exclusive content from a single band was not going to squeeze into that lineup. And to be honest, I just wanted the music, which means $4 a month for 1 song per month. So after a year of drip-feeding I would have a $48 album to listen to.... Sorry guys. I like you, but not that much. 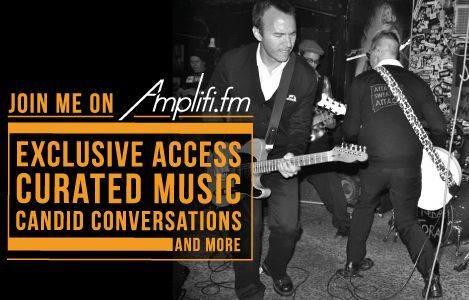 I couldn't help but be very curious though. Who IS paying for this? If they've been doing it this for over a year, then people must be signed up! I frequently thought about finding one of these people and having them write a guest post for this website. What's behind that paywall? Were the new songs as good as their previous material? Were the other updates worth it?

I couldn't help but feel frustrated. If you like a band, or are even curious about a band, you can buy their album. Meanwhile, I considered myself a Reigning Monarchs fan, but clearly I wasn't enough of one to get to listen to their songs. Even if I wanted to pay $4 per month to hear these songs, "signing up" for something is much more participatory than buying an album. That probably sounds great to a band, but that's simply not how I'm used to being a music consumer.

The wall has toppled. Or rather, a few bricks have fallen at least.

A few weeks ago they posted this to their facebook page:

Dear Punks And Pirates, we so hope you’ve enjoyed the Lion’s Lounge Ltd exclusive content clubhouse. The whole idea was to create exclusive music and video only found here and that you The Reigning Monarch fan would have would have an unique experience based on your love of our particular brand of instrumental, surf, punk, reggae, swing, free jazz, ska! Ha!

But you the fan may not have felt for you 4 bucks a moth you we’re getting enough of an “experience” And Mike and i totally get that. We are ,or at least i am super proud of the music on the site. Some of it (I Trusted You, Car Show and The Bonneville) are among my favorite songs ever but at the end of the day we were working too hard to have too few people appreciate what we do,

Plus we were hoping it would be be a place our fans would gather but that just didn’t happen naturally enough.

Mayer Danzig and the good folks at Amplifi.Fm are, like everyone else trying to figure out how band make money just to stay in business and this is a great model of your band is a Green Day or Girls Guns and Glory but for us it’s more than our fans need so at this point we’d like to make the following offer:

If you join our site you cab get 12 amazing songs for $4! We will not be adding any more music but we will be putting up exclusive video for the next 6 or so months as we record what could possibly be out final album, our dub ska ass shaking masterpiece CHEETAH WEEK! Thisis how we will fund the record and we will makes sure there will be deals merch etc but the music is being made for the public and trust me we have 3 songs already demoed and they are KILLER. We will also ne using Facebook and iTubes but there will be interviews and writing sessions in the lounge!

They've made a few other statements since then, but the point is that clearly I wasn't the only one that didn't make the jump. And now I have. I wanted to hear those songs, dammit, so I punked down $15 for a month of access. I think it's still a subscription actually, so I'm really going to try to remember that and cancel in a month (I think that's an error on amplifi.fm's part). You can also pay $25 for 6 months of access to the Lions Lounge at get postcards of b-side artwork, or $50 for a year and a T-shirt.

So I'm IN! I have access to all of these songs. And since it's part of the package that inflated the price, I have to admit, I'm kind of curious about the fan updates. It's essentially a big facebook wall, but with fans responding and posting their own questions. Not exaclty teeming with activity, but it doesn't feel dead either, and it really does feel like a genuine dialog. It's not something I need, but I get it. 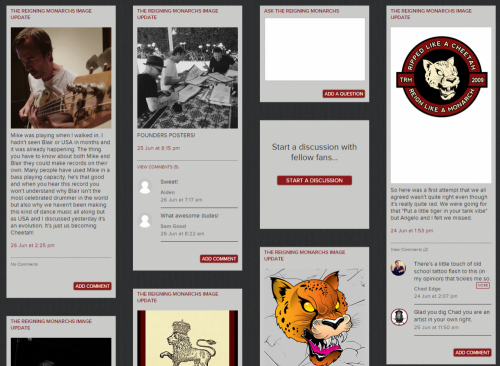 The songs? Great! They don't really gel into an album particularly well, but that wasn't the intention - in fact each has their own cover art. "Apple Jack" and "Sea Ghost" would probably get Brent J. Cooper thinking "Damn, I should have written that". They vary in ambition as well, with different levels of production and one cover ("Cecilia Ann"). If I were eagerly awaiting these in drip-feed form, I'd be pretty let down for the listless jazzy "Rendondo" and "Slink Slank Slunk". But all in all there's a lot of great material here, worth my $15. On the other hand, I wonder if this singles-oriented style scaled back any sort of grand vision, made it more perfunctory. I guess we'll find out when their next album "Cheetah Week" drops. 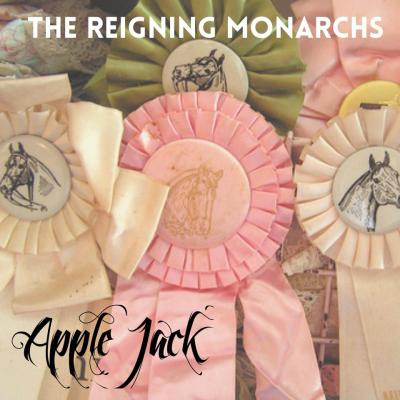 Anyway most of this was just to announce that now, for the price, of an album, you can get an album's worth of songs. Hell, you probalby could have earlier if you paid $4 and cancelled it the next week. And I guess I wanted to say that The Monarchs' Amplifi.fm experiment was not a rousing success like their IndieGoGo campaign. But again, I get it. They're challenging the model, trying to find a better way to survive as a band, and connect with their listeners in the process. I don't think this was the right answer, but I'm fascinated by a band that tries to poke at the way things are set. As much as I sort of felt burned by this attempt, I still want to see them try another angle.

Total votes: 76
What do you think of this? Voting is anonymous.
Tweet