Instro music today is a wonderful thing. Whereas the big surge of surf music rode a wave of retro novelty, this music now sits comfortably in obscurity with its creators playing for themselves and their peers, free to let creativity take them wherever it may. Many new surf bands are moored much closer to modern surf groups than vintage, and that's a great thing. We're building, spreading, getting weirder and more interesting with each year.

There aren't many boundaries to what "modern instro" entails so this is always a big list and as with every other category a lot of great records didn't make the cut simply because I have to make a cut. But also as with every category, I feel that I can recommend each of these records with full confidence. After years of excellent EPs and demos, Blackball Bandits finally put together an LP and deservedly joined the esteemed ranks of the Double Crown roster. The Lost Mission is an adventure, usually opting to swell and build drama rather than stick with simple surf buttshakers, but they don’t leave fun behind. There are a lot of ideas and directions going on here but they’re all tied together with a solid surf sound. It’s easy to get caught up in the journey. 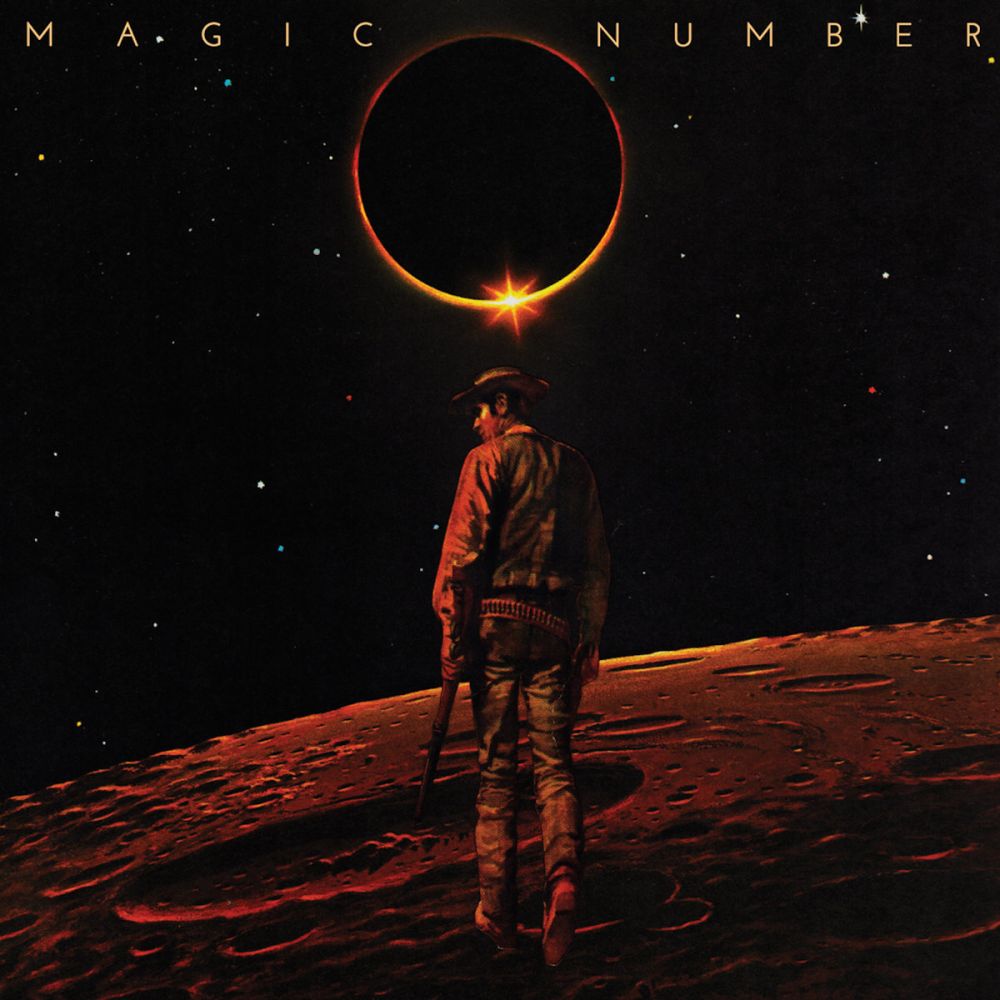 Man, this thing has a cowboy on a moon during an eclipse on the cover… this seems like a big, ambitious thing. But it’s not, and I’m glad it’s not some big psychedelic surf opus because Ampersand is song-after-song simple and catchy guitar tunes, very often with more than a morsel of sentimentality to them. Typically I lean towards a good stomper (“Tropical Storm”) but you’ve also got “Darling, Darling” a straight ballad that compares well to “Sleepwalk” and I never find myself skipping it. In short, though there’s plenty of sonic variety going on here, you almost don’t notice it because all of these songs are so memorably written, and that’s what should always win the day. 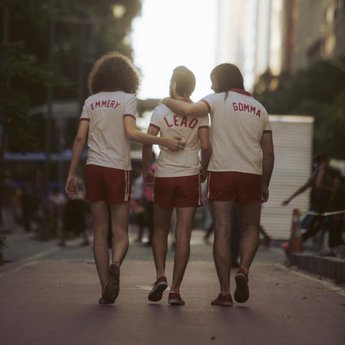 This one wasn’t even on my radar until Leopoldo from Reverb Brasil updated the big list, but it instantly made an impression on me. In fact, as I wrote this I passed off the headphones to three family members for a matter of seconds and each were impressed by the thick, lush surf sound they laid down. At its heart it’s a pretty trad surf record, with the melody almost exclusively following a single reverbed lead guitar -- and even the subtle effects swirling around it sound like Arrows-era fuzz pedal and the like, but it’s hard to think of it in a traditional manner when it’s got such a slick modern production value to it. However, studio competence can mask lazy songwriting, and after many listens just this past week I’m convinced that this is just a great record. Listen to “O Mistério do Catamarã” and you’ll see. What I find really striking about this album is how having a bunch of covers somehow grants a greater sense of identity to this album when you would expect the opposite. The strange atmosphere of sci-fi psychedelic noir comes through thickly and intoxicatingly. And none of these covers are perfunctory: there’s great interplay between guitars and keys that always keep things exciting. At times reminds me of Fifty Foot Combo but unique enough to not even need a comparison.

The Twang-o-Matics - The Wild and Exotic Sounds Of…

Rocka/psychobilly and surf/instro have been close cousins since essentially forever, but it’s surprising how rarely anybody commits to straddling both. Maybe it’s just an instrument barrier: the upright bass is a near requirement in ‘billy and a rarity in surf (though this year The Pontiaks and Katatonics both released great albums committing to it). It’s always been a part of the mix with The Twang-o-Matics and I think they’re getting even better at embracing it for their own sound. It’s not simply adding that clickety-clack, it’s a bending, full-bodied booty that lends a sway to their songs. Wild and Exotic Sounds isn’t doing anything in particular they haven’t done before, but it’s simply the best they’ve done it. It’s more danceable and more exotic, and they’re equally enjoyable in slower partner-worthy songs like “Nefertiti” and bouncy rockabilly swingers like “The Boris Boogaloo”. 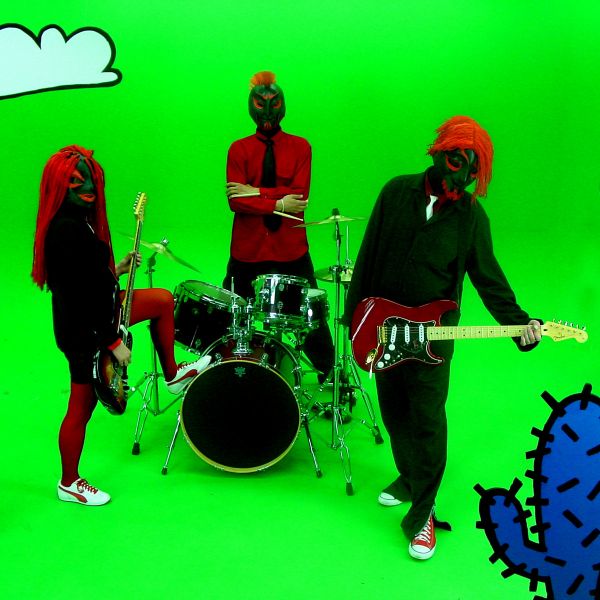 Every track on this record sounds strikingly different than the next, and yet I can’t help but think of this band in relation to another one. Los Kosmos sound like the reincarnation of Laika and the Cosmonauts, in my opinion one of the most special groups to ever make this music. A lot of this comes from liberal whammy-bar wobbliness, but all of these songs have a playful and exploratory mood shared between the Finnish group and these Russians. While the guitar sounds great, some of my favorite tracks feature the keys such as on “Mega Hit”. Frankie and the Pool Boys - Spin the Bottle

Here’s an album that just feels like it’s smiling at you. While these 16 instrumentals fly all over the place, it’s all for the sake of adventure. A big part of that are the keys swinging the mood with a comforting tone. The title of the album might sway you towards thinking that goofy party tunes are the meat of this album, but “The Wet Season” would argue otherwise. It’s got a terrifying surf riff stewed in psychedelia and is certainly in my top 5 songs of the year. And it’s not an outlier, I wouldn’t be surprised if another listener out there would have “El Valenciano” outrank it. It’s really hard to boil down 16 instrumentals each with very distinct ideas into a paragraph, but whatever, let’s boil it down to a word: joy. The narrative of Firewalkers’ long and frustrating gestation period (delayed an entire year and facing theft and an underwhelming (still active!) crowdfunding campaign, actually contributes and enhances the musical result. This album has an aura, a sense of purpose and sadness that pervades even the louder, more powerful songs, as if that struggle is baked into the music. So that’s one pillar of this record. Another is their lineup of three guitars, bass and drums. That three-guitar approach is put to such good use, constantly harmonizing and adding depth, subtly tweaking and making every moment interesting. Every listen will have you discovering something new. The third and final pillar is simply the songwriting: despite the intricate texturing, a melody always rises to the top. Many of them won’t leave your head after listening, most will come back to you on just your second listen, none of them are boring. Firewalkers is worth it. 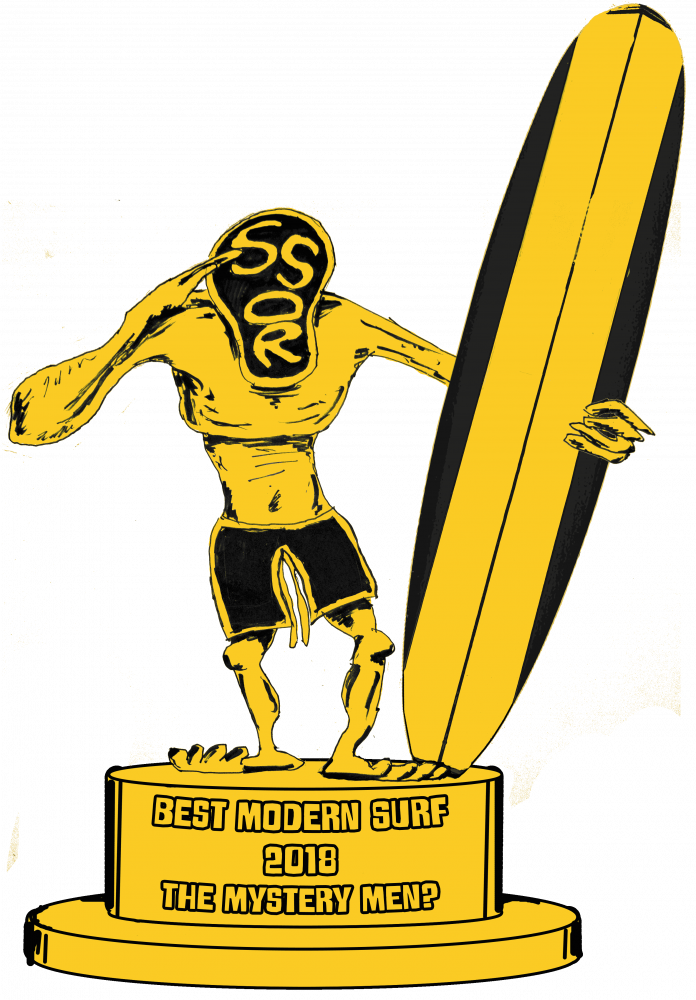