These are groups that have surf somewhere in their DNA but have reshaped it into something much different. What falls in and out of this category is pretty subjective to my own whims, as most of it is going to fall into "not really surf". Some of them are familiar cousins to surf, some are somethin' else altogether. Let's just get rolling with it. 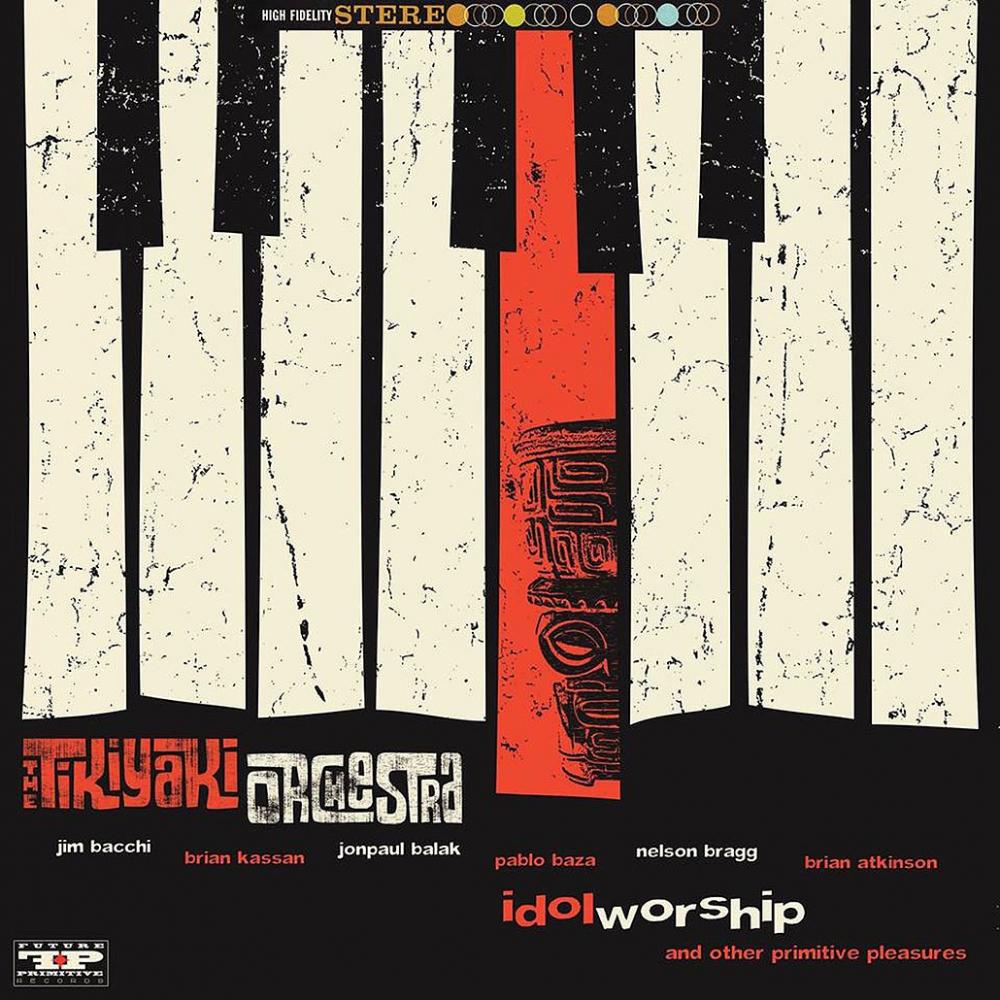 I think the tiki/exotica relationship with surf rock is interesting. From what I can tell, most of the crossover back in the 60s was with the schmaltzier instro artists like Billy Mure or Al Caiola. Martin Denny and The Surfaris were worlds apart, very nearly opposites. If I'm off-based with this, please educate me. Anyway, they've grown MUCH closer since then, to the extent that Hawaiian shirts are pretty common in modern surf groups. I love exotica, and I obviously love surf, but I often feel that when the two meet, the result is surf loses its bite, which is a big part of what it brings to the table in the first place.

Where am I going with this? I'm not really sure. But in the case of the Tikiyaki Orchestra, these worlds are much closer. Even in terms of personnel, you've got Jonpaul Balak from the Insect Surfers on bass guitar (and a few other instruments). In general, I think I picked up a bit more guitar than there was even in the previous Tikiyaki Orchestra Records. Idol Worship is adventurous and beautifully recorded, which is nearly a must for a good exotica record. I'm probably not as up on this stuff as others, but the Tikiyaki Orchestra is on the forefront of exotica revival groups that I've heard. I thought it would be fun to jerk you in the other direction. This foul, noisy, stumbling beast probably isn't for everybody, but it grabbed me immediately. Occasional surf-style shredding is the engine to an otherwise sloppy mess of noise and cacophony. Maybe I'm stretching it a bit with the surf, there's definitely an equal part blues and a generous helping of plain ol' skronk, but that's what this category is for. This is a ton of fun and I've said it before but I really think surf and noise should hang out more often. Speaking of music that has inexplicably been tied to surf, Men from S.P.E.C.T.R.E. play that swanky mod spy sound that sounds so familiar when you hear it *but I can't figure out why*. It's undenialby retro, but I can't think of anything more than 15 years old that this might be referring to.

Whatever, I love it, bring me more. This stuff isn't paint by numbers, either. The otherwordly organ solo on "Dive into the Mathmos" particularly stands out, for instance. The elephant in the room is the very similar-sounding Stereophonic Space Sound Unlimited, but both groups are so well put together, so rich in sounds and layers, there's absolutely room enough to love them both. The sound of Peruvian Chicha music sends me to a wonderful place, but there aren't many people making things similar to that sound these days. For those uninitiated, it's a pretty laid back sound, but usually pretty guitar-focused with plenty of echo and reverb. Make sure to check out the "Roots of Chicha" compilation. Anyway, these guys get it! This is a live session (though I really can't tell) with a bunch of songs that were on their last LP, but a few of my favorites on here, including the absolutely bonkers "Unión", are new. This is the best I've heard from them, and if this is just a live album I can't wait to see how they up the ante on their new LP. 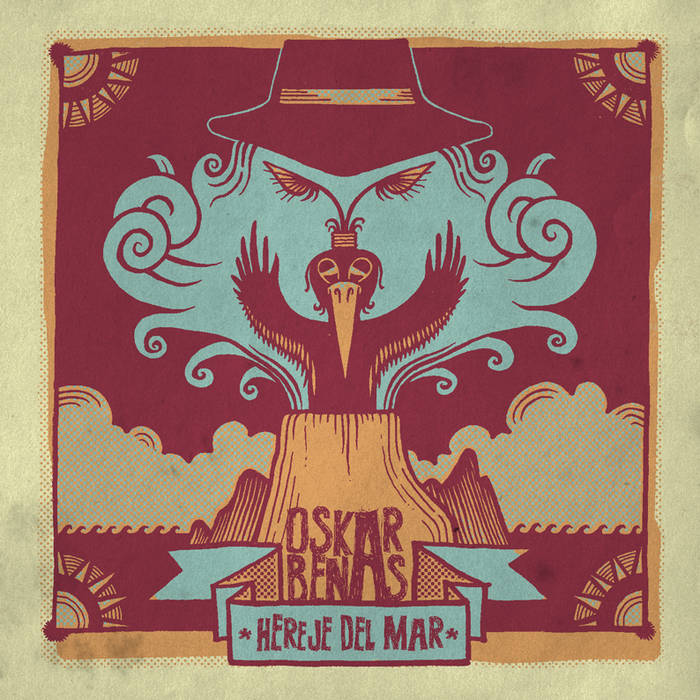 Oskar Benas actually released another LP this year, but I narrowly decided that this was my favorite of the two. Hereje del Mar draws such a vivid, strange landscape, with weather sounds, ominous bird calls, all sorts of minor key and off-kilter surf patterns, and a wide variety of instrumentation. If you're a fan of Joe Meek's I Hear a New World, I think this has the same sort of unfamiliarity and imaginativeness. A truly odd egg, and yet surprisingly compatible to a surf listener's ear.

And the Gremmy for Best Way-Out Instro Record goes to Khruangbin - The Universe Smiles Upon You

I kept going back into whether or not to include this because it's pretty far-off from surf at this point. On the other hand, if I left this as a non-surf selection (still coming up), I could see somebody thinking "Gee, your tastes don't go too far off do they?" The truth is this is my favorite record of 2015 OVERALL.

And it's not completely intstrumental. It has 3 or so vocal songs and each of them are absolutely fantastic. But it does owe something to surf. Probably just as much to eleki. And then some isley brothers, some jazz, at times I hear Friends of Dean Martinez... once you get this far let's just say it's unique. It's extremely laid-back, sad at times even. The most upbeat is the awesome "People Everywhere (Still Alive)", just barely disco-dance-worthy.

I've posted about Khruangbin several times before - they were an odd find on my morning bandcamp hunts and it was close enough. As they've nailed down what they're about a little more, I think they went a bit further from what this is about, but damn have they nailed it. They've blown up a bit since then, but I'm still surprised it hasn't gotten more love. 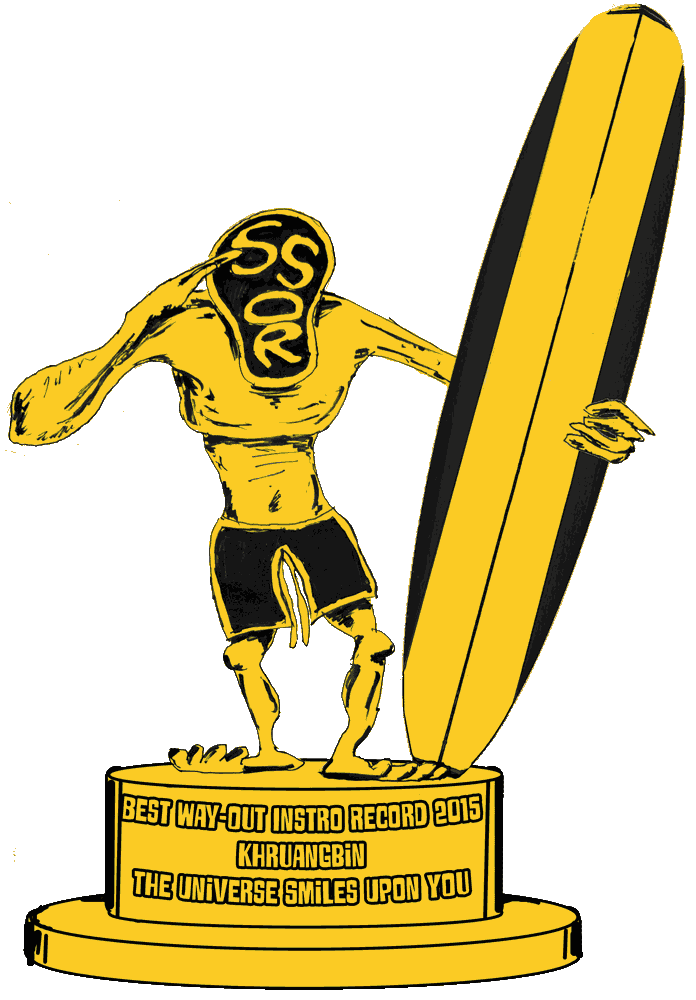