This is the category for bands that skirt the edge of what would be considered surf, either intentionally or by chance. This was another category this year where there was an abundance of good stuff, moreso than usual. Could it be that surf groups are trending in a more adventurous direction? Or maybe instrumental groups are gaining in popularity. I think it's both! Anyway, here's my pick of standouts. 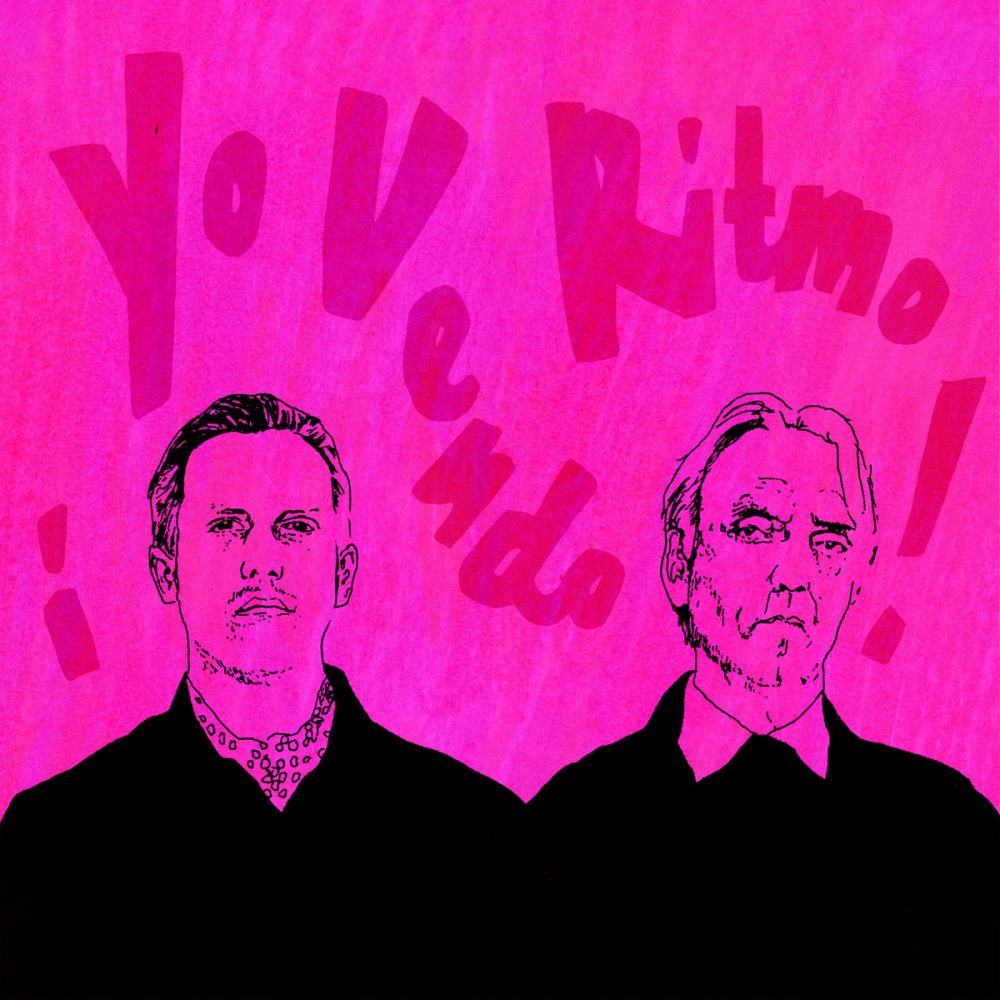 I would like to book these guys for a party. Kooky, fun rhythms backed by sometimes surfy, sometimes scronky guitar for a strange but undeniably fun luau. "Cha Cha Choo" nails a Bo Diddley/Mickey Baker vibe, and "Trouble at Red Creek" could soundtrack a modern psychedelic western. "La Conga" reminds me a bit of Jon Spencer Blues Explosion. I could go on, there's something fresh and fun all the time here. 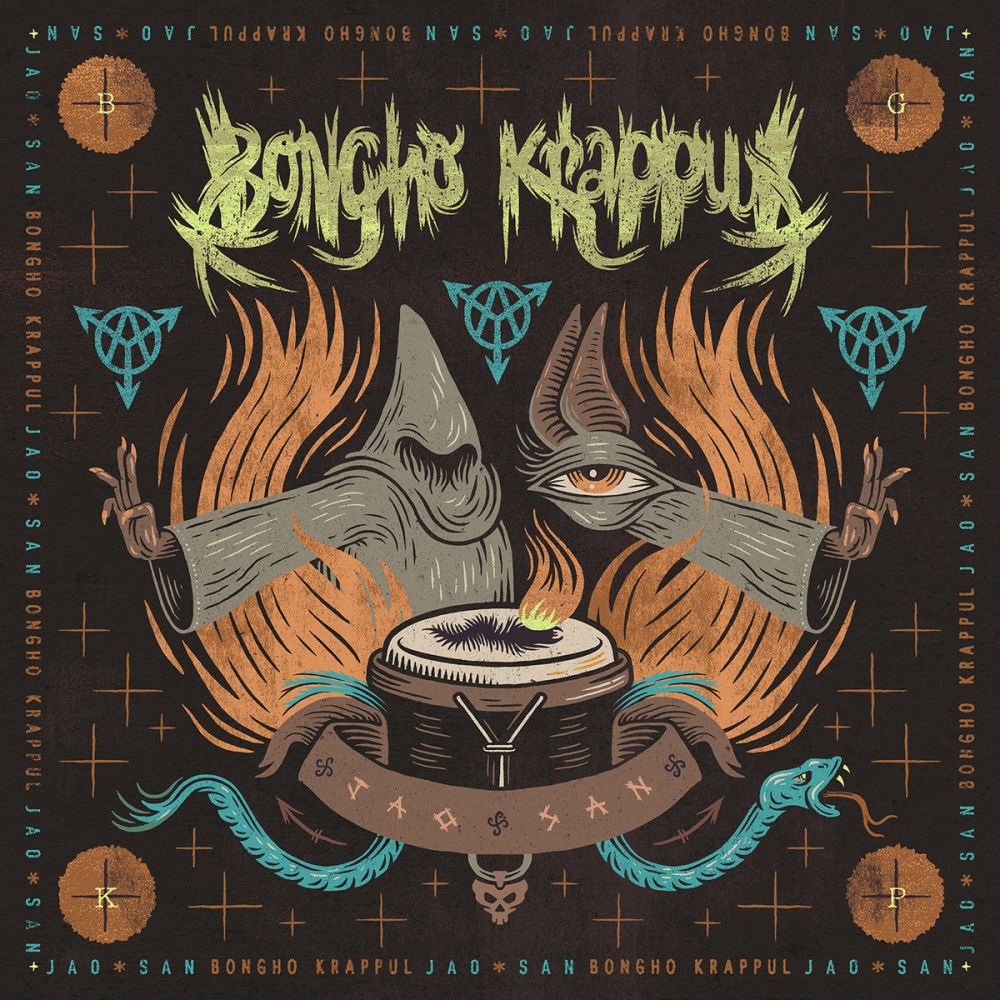 The new outfit for Oskar Benasm a regular in this category, sits comfortably along his bizarre self-titled work. The tribal instrumental and atmosphere give this record an exotica vibe, but not for the jungles of Africa but for a land where the trees are purple and the sky is always orange. This ritual is not treated with an entirely ominous approach, with some tracks impassioned and with bright, major key guitar chords. To jump out of genre for a moment, it has a similar primal strangeness and fun as The Animal Collective's Sung Tongs. Grab a mask and join in. 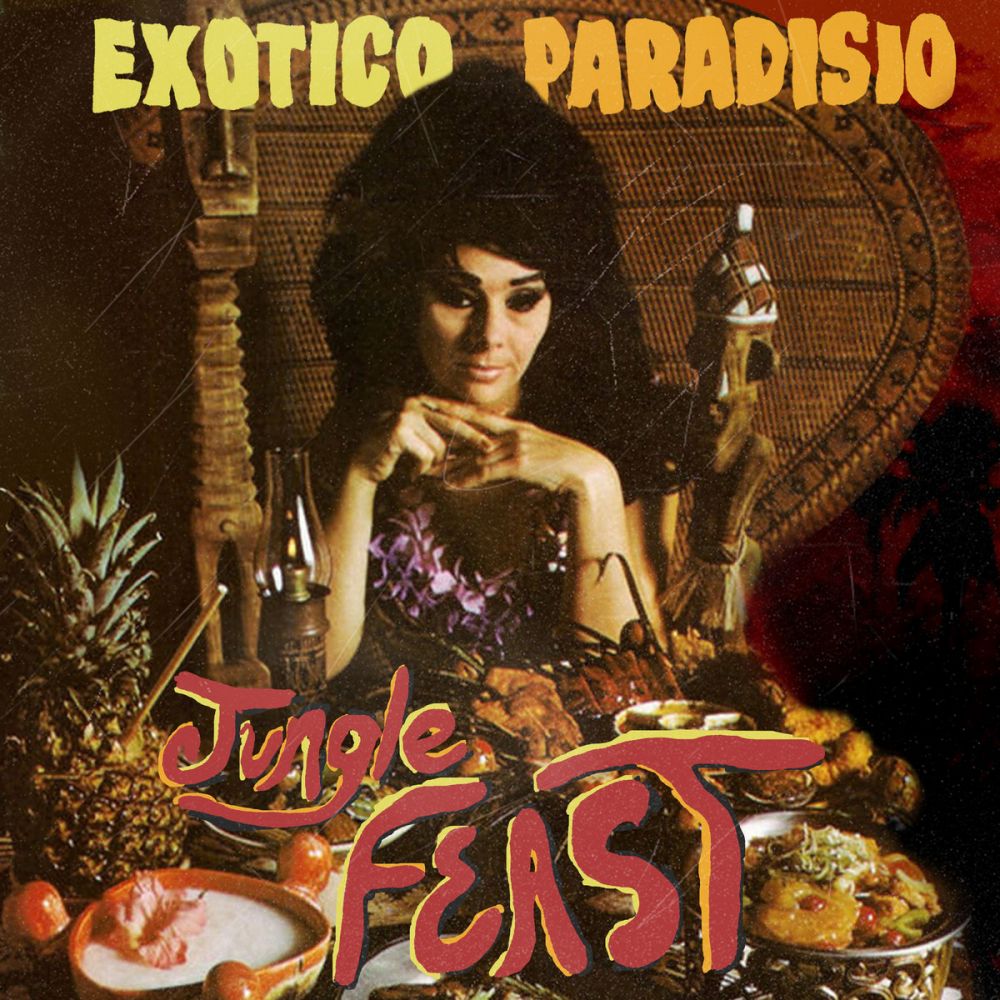 It feels like exotica may actually be making a smalltime comeback. While groups like The Manakooras honor the genre's hi-fi, inventive aspirations, Exotico Paradisio have a much more kitschy take, delighting in the thrift-store aesthetic and adopting the kitschy ideas that push the boundaries of modern good taste. The animal sounds are very noticeably human, the guitar warbles like a cassette heads needs cleaning, they vocally call out the need to flip the record in rhyming narration. It's a very narrative experience, moreso than most real exotica records, with the introduction in spoken word and certain musical stanzas feeling more dramatic than rhythmic. But when they're playing songs, it's fun music, with rabid, coarse guitar and lush percussion full of marimba and other exotica staples. Though it's a more ironic take on the genre, it's all in the name of fun and is as enjoyable to me as any of its source material. 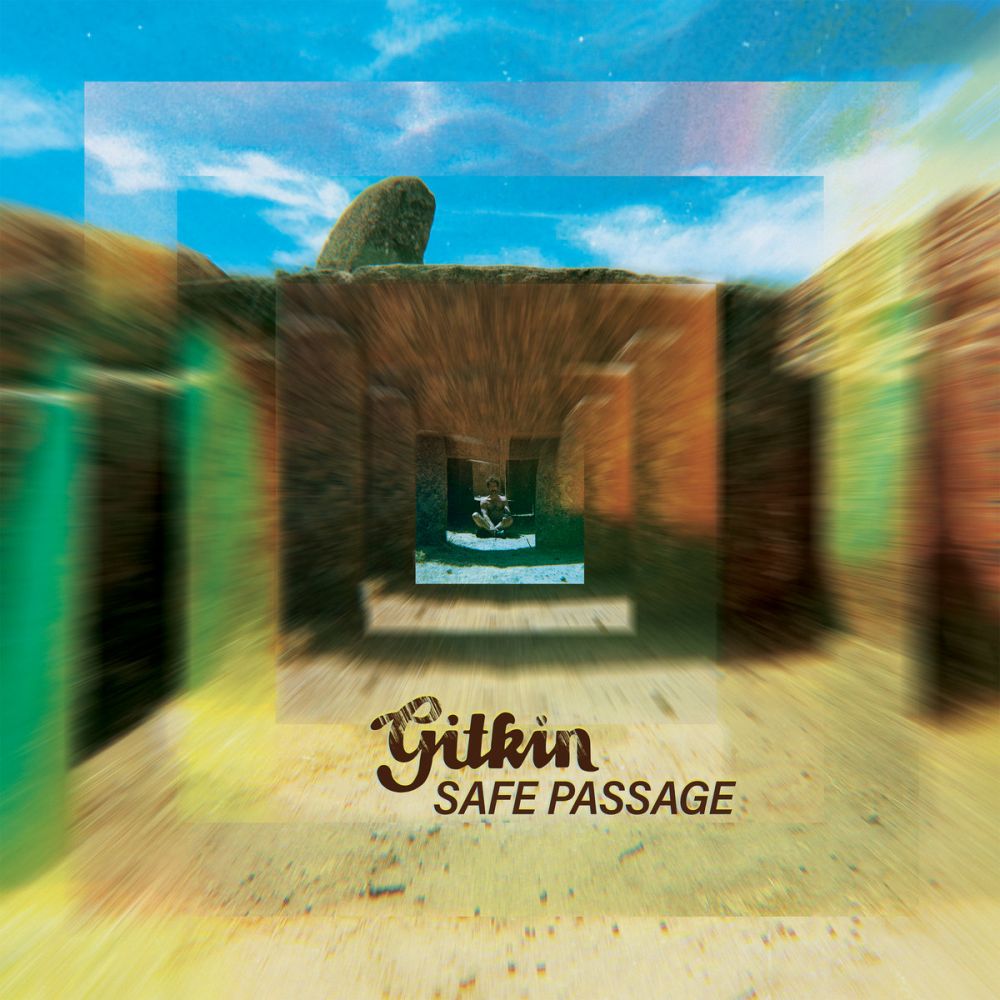 Having spoken to Gitkin about this record, he told me that he really doesn't know much about surf music, so it's surprising how much it snuck in here. But what's especially fun on Safe Passage is the mish-mash of a lot of the guity-heavy genres coming into focus and delighting instrumentalists today, such as chicha and tuareg sounds. This is a joyful medley of influences with a wide-open outdoor feeling and a readiness to move. 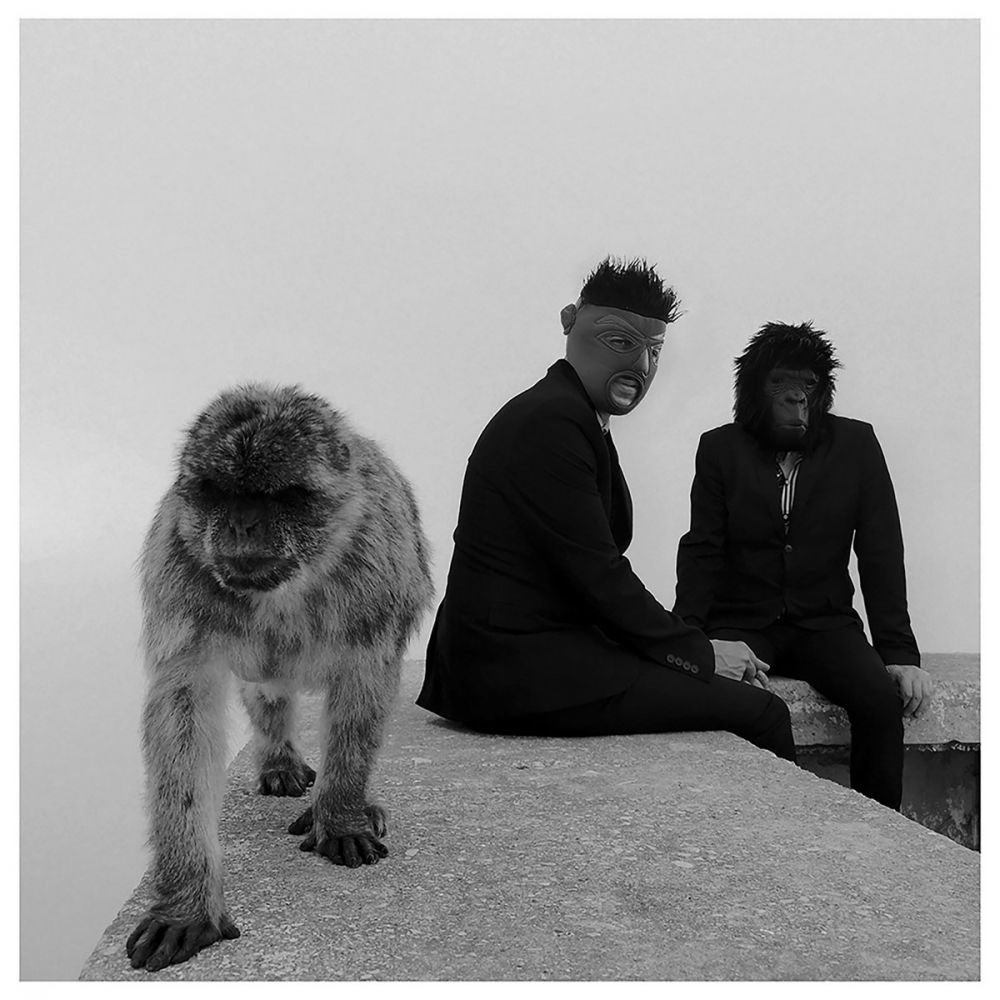 My favorite Link Wray song is Jack the Ripper. Sure, you have that ragged growl that put Rumble on the map, but you also have that spooky rhythm pulsating, the shrieking outbursts of guitar, and the way the song hides and jumps out at you. That stuff resonated with Pelomono. I know that because they cover the song on this record. This band is haunting, quiet at times but loud when they speak. But they can be seductive too, with latin flavors and a hint that they know how to have fun. Just keep an eye out if you follow them out of the bar, they're pretty sketchy. 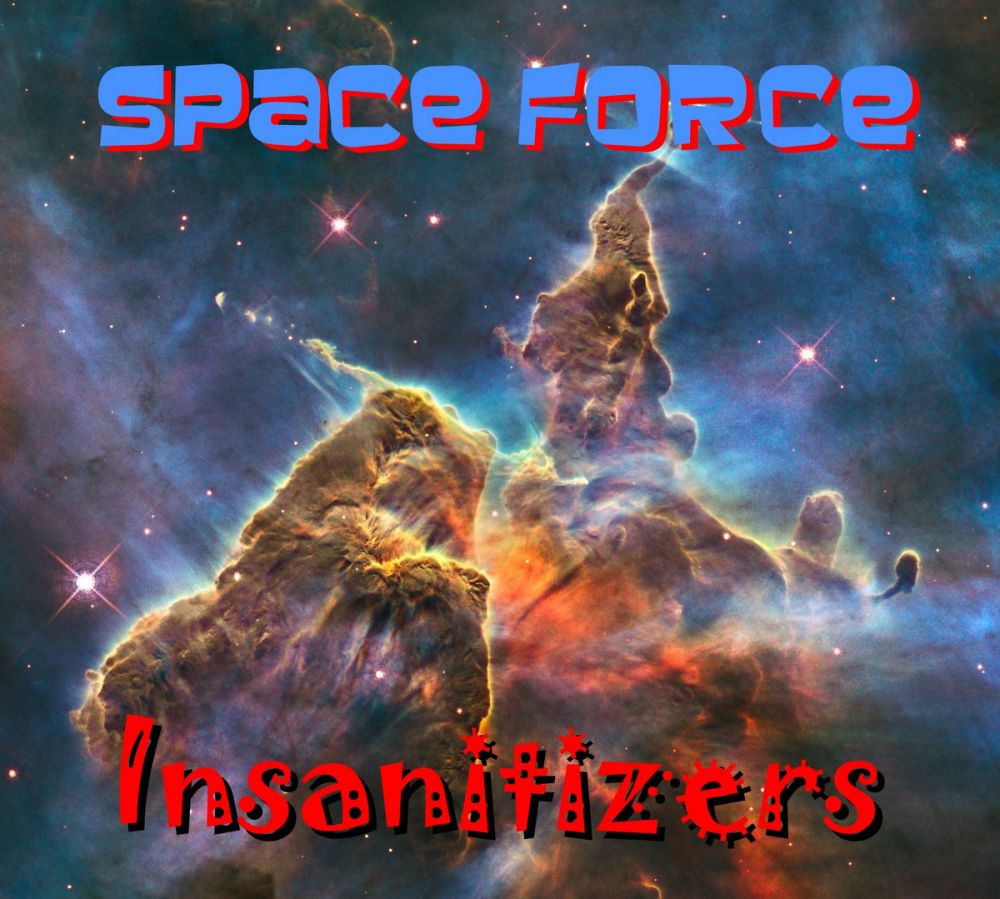 Insanitizers have always played pretty loose with the idea of surf music, sometimes adopting hints of surftone but often playing in a completely different mess of pedals. Maybe you would hear some similarities to Joe Meek, but I think they drew just as much inspiration from video tapes left out in the sun. This is truly the most warped I've heard from them, and I'm glad they went for it. You won't find any sweet ballads, just tripped out, maybe even a little overbearing guitar ravings that remind me sometimes of a mad church organist. The robotically propulsive drums are a key part too -- pushing you further into madness as if grabbed by the shoulders. 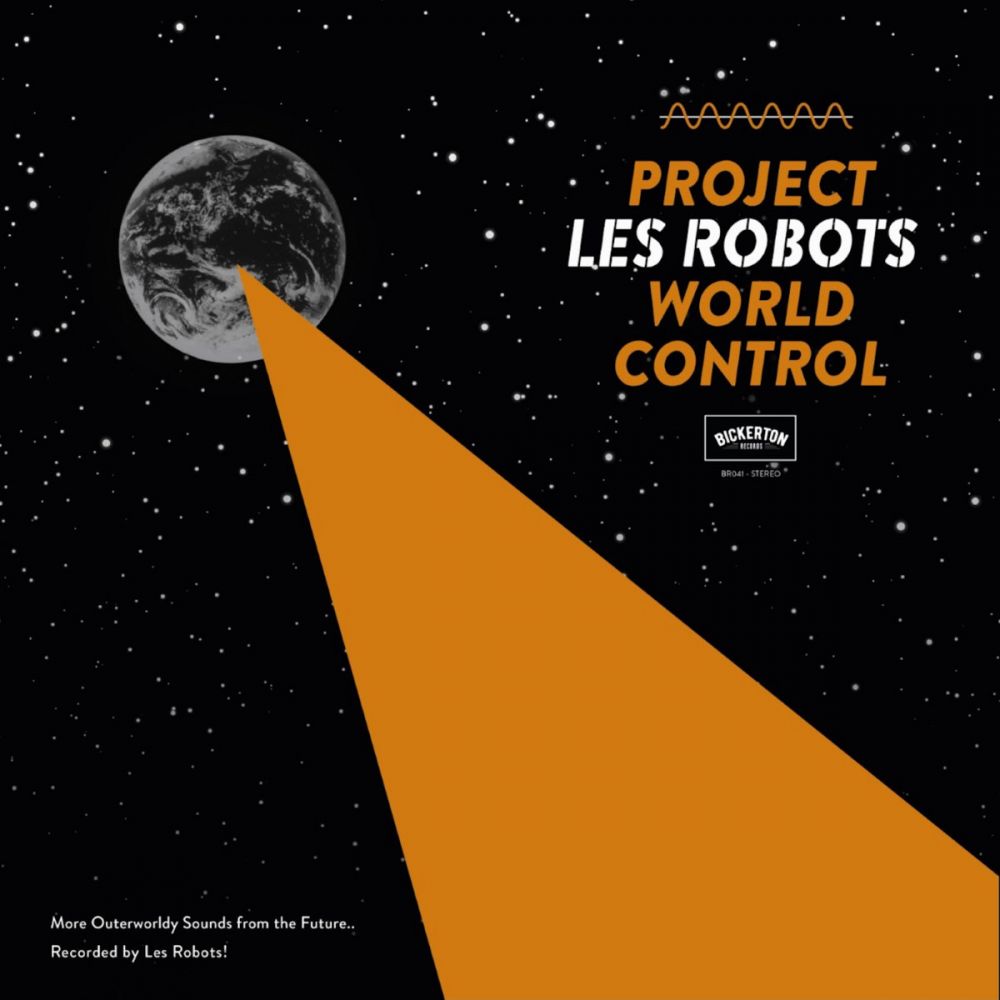 Last year's winner of the Trad category shows up in the Mad category this year. Perhaps I was going mad myself last year, perhaps these categories are worthless. But also Project World Control expands a bit on the vocabulary of their LP debut with less surfy guitars, more harsh electronics, embracing the strangeness while still keeping rock&roll structure and spirit. This band continues to be one of the most exciting things to happen in this music realm recently. Make sure not to miss the Sound of the Middle East 7" either! 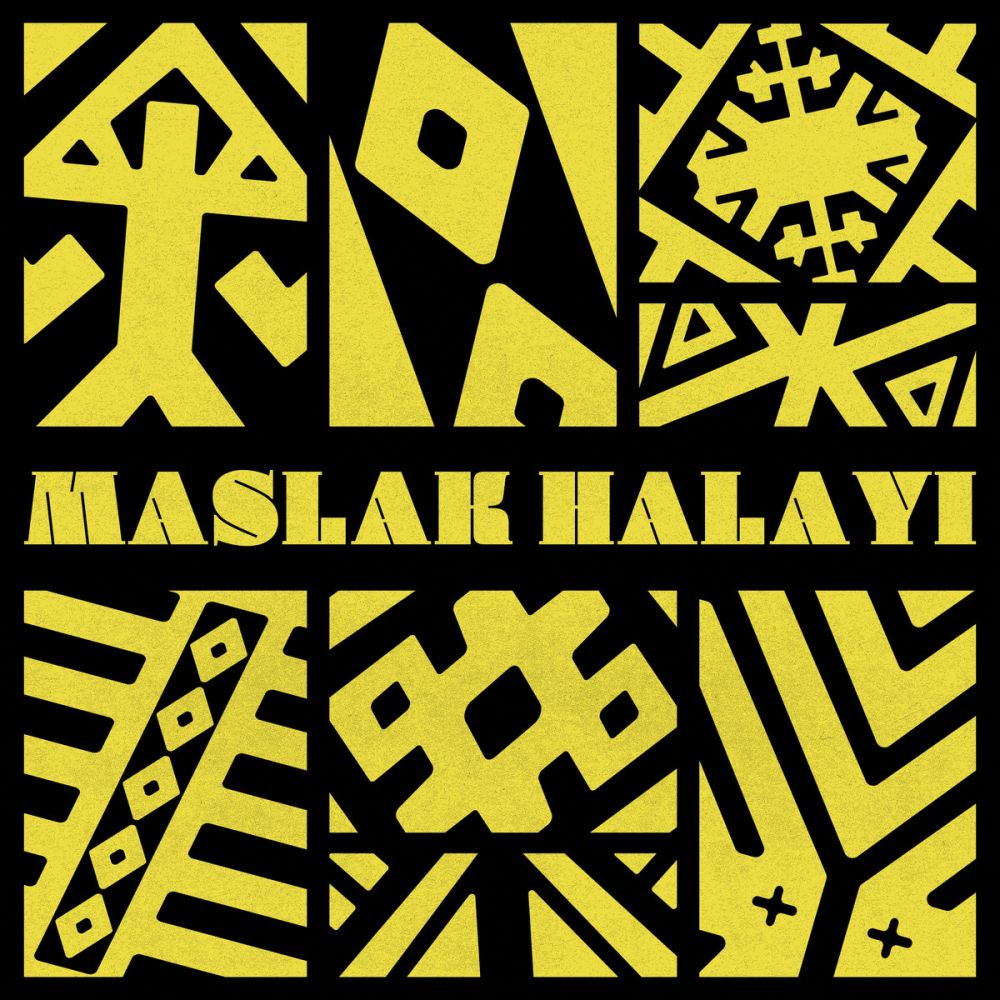 It has come to my attention that this album's official release date was in October 2019. I was going off of the release date listed on Bandcamp, May 1st, 2020, which is also when I heard it. This is a frustrating scenario, but I have decided to keep things as is, rather than make the results any more complicated. While I do want the Gremmy Award to feel prestigious, they do only win a .png file. I also try to choose honorable mentions that would be within a margin of error/taste difference from the winner (if that makes sense), and something that I would endorse in a heartbeat. I would rather treat the above records as co-winners than to dismiss this one because of my error. I have left the text below unedited as it was before I learned about this.

Admittedly, I had considered leaving this out of the Gremmys, as it was a bit of a stretch, and even included it in my non-surf list, but it's my surf brain that appreciates this record, and when listening to it amidst the many great entries in the Mad category, this is the one that jumped out each time.

This Turkish group takes inspiration from a rich history of Anatolian rock such as Erkin Koray and  Silüetler, but I think they cast a much wider net. For one, they explicitly mention Dick Dale on their bio (so I'm not too far off-base here), but I also hear abrasive textures reminiscent of Sonic Youth, and even a dub moment or two. When they're loud they're intimidating, when they relax they're hypnotic. It's a record that's buzzing with energy but also challenges the ear of a surf listener -- maybe even with a few things we can take home from our trip to Turkey. 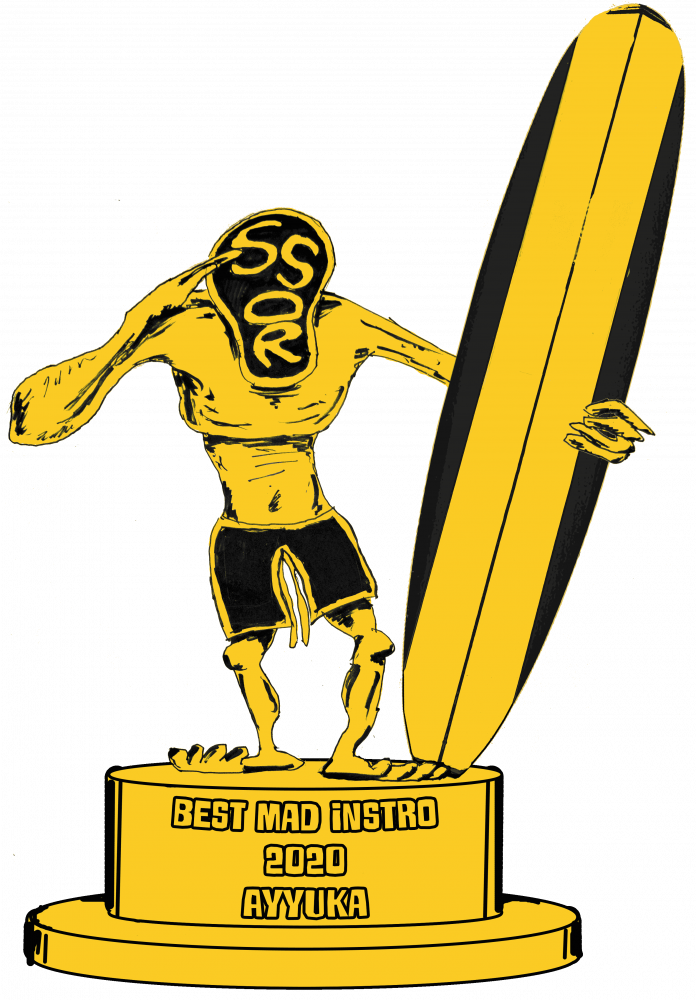