I define this category as bands that are still ostensibly playing surf music, but aren't necessarily trying to sound like a band from the 60's. Similar spirit, but allowing newer influences, "non-standard" equipment, and are generally using surf music more as a jump-off point than a restraint. This is often the sort of "main event" of the Gremmys, the category that defines the most groups and often the most attention-getting groups. This year was a doozy. My initial list was over twenty candidates, and though I've narrowed it down considerably, I'm not sure this category has ever been this crowded. However, I spent a long time getting here, and I believe every single one of these are the cream of this year's crop. 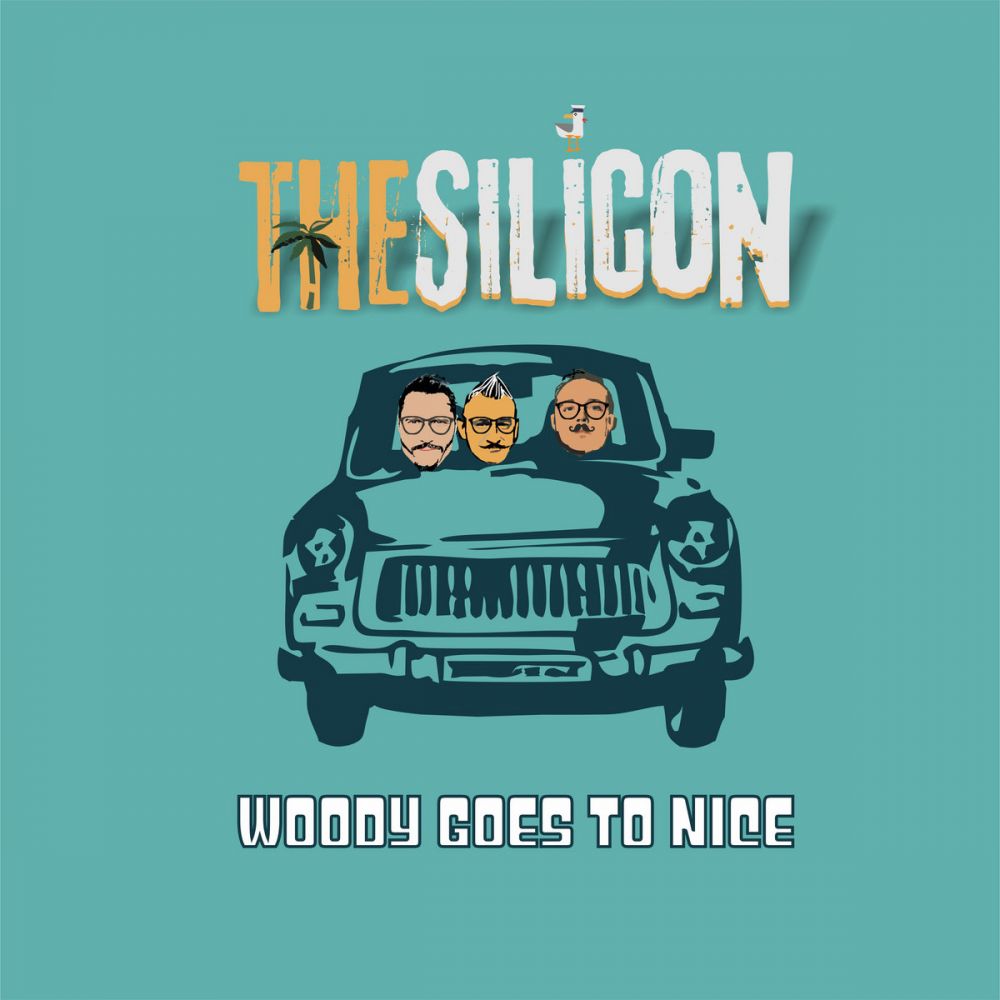 The Silicon - Woody Goes to Nice

The first two tracks on this are about as hot a start as it gets, flashing their great tone and quick clip on "Woody Goes to Nice" then jumping off a cliff with "Impala '69". This is such an accomplished record, grabbing a myriad of instro-influences and flexing them with effortless poise. It's such a huge and grand record, and with such a sunny and adventurous disposition, what's not to like? 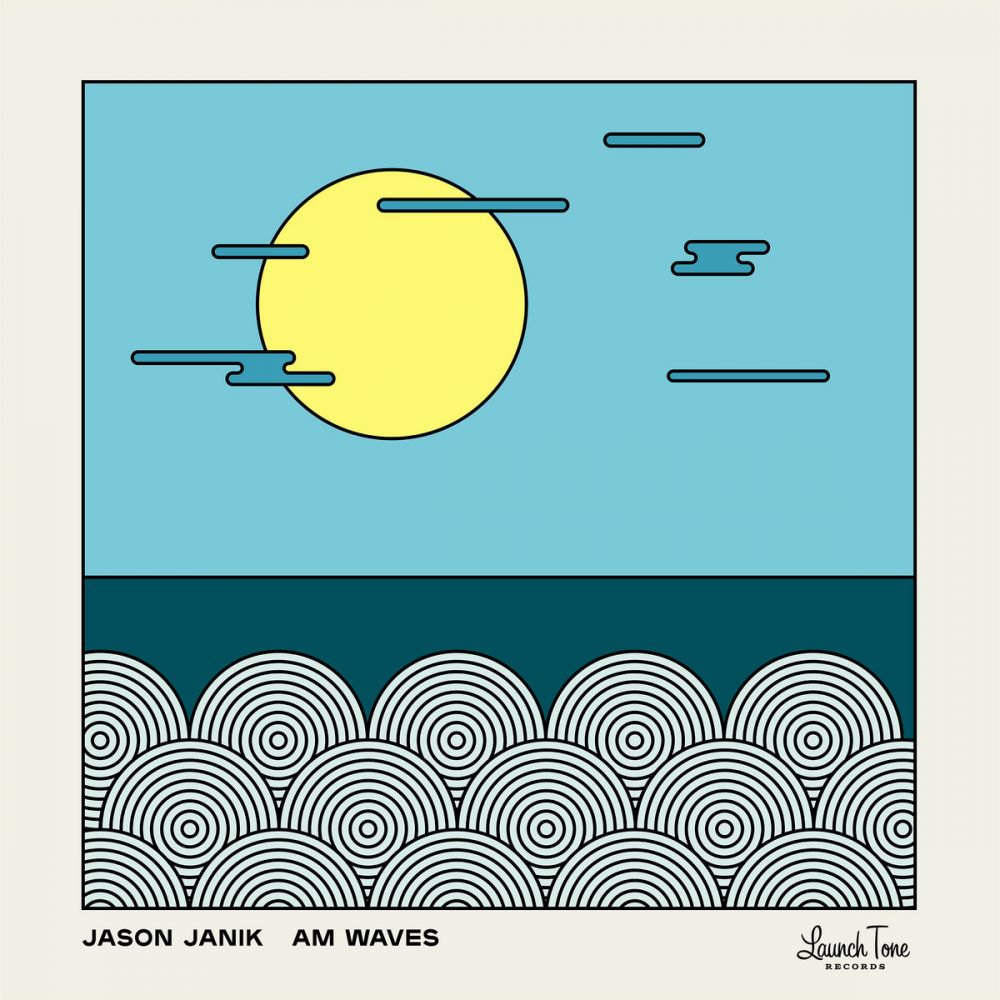 Just last year Jason released his debut, and I think he go more praise than he anticipated. This follow-up feels more ambitious, with production that sounds a lot bigger. We didn't need that, he was in a good place, and surf doesn't need bigger and better. Thankfully, he pushed himself the right way. These songs are structured smarter than before, with less riff repetition and the tracks generally just doing more, but they're still built on simple but outstandingly memorable hooks. While I think he approached this album seriously, the music doesn't take itself too seriously -- it's bubbly, bright and focused on fun. Where does he go from here? No idea, but based on how this went, he's earned my trust. 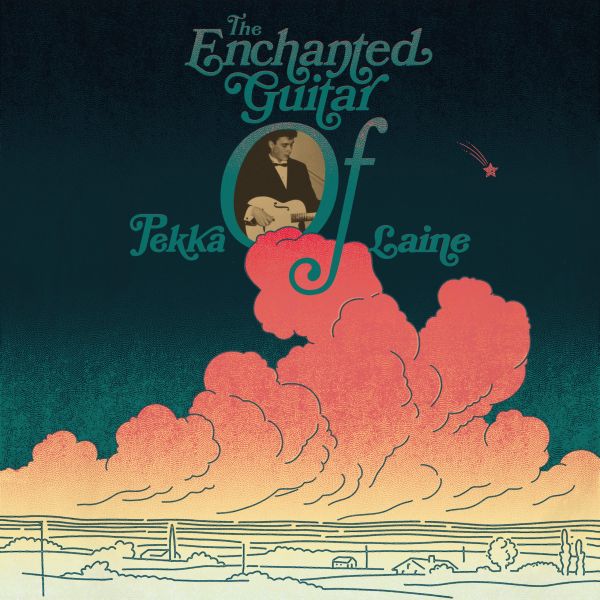 When I first heard this album it really grabbed hold of me and didn't let go. A seamless, floating collection of space lullabies with simple melodies but complex arrangements, shimmering with a dense sea of effects. I'm kind of surprised I've never seen anything described as "Dream Surf" but, this is a good place to start. Ambient interludes weave tracks together beautifully, but ultimately they hide how few songs there are. As the last track ends, the silence left behind is noticeable, and strangely as cozy as the music. I'm desperate to hear a follow-up to this. 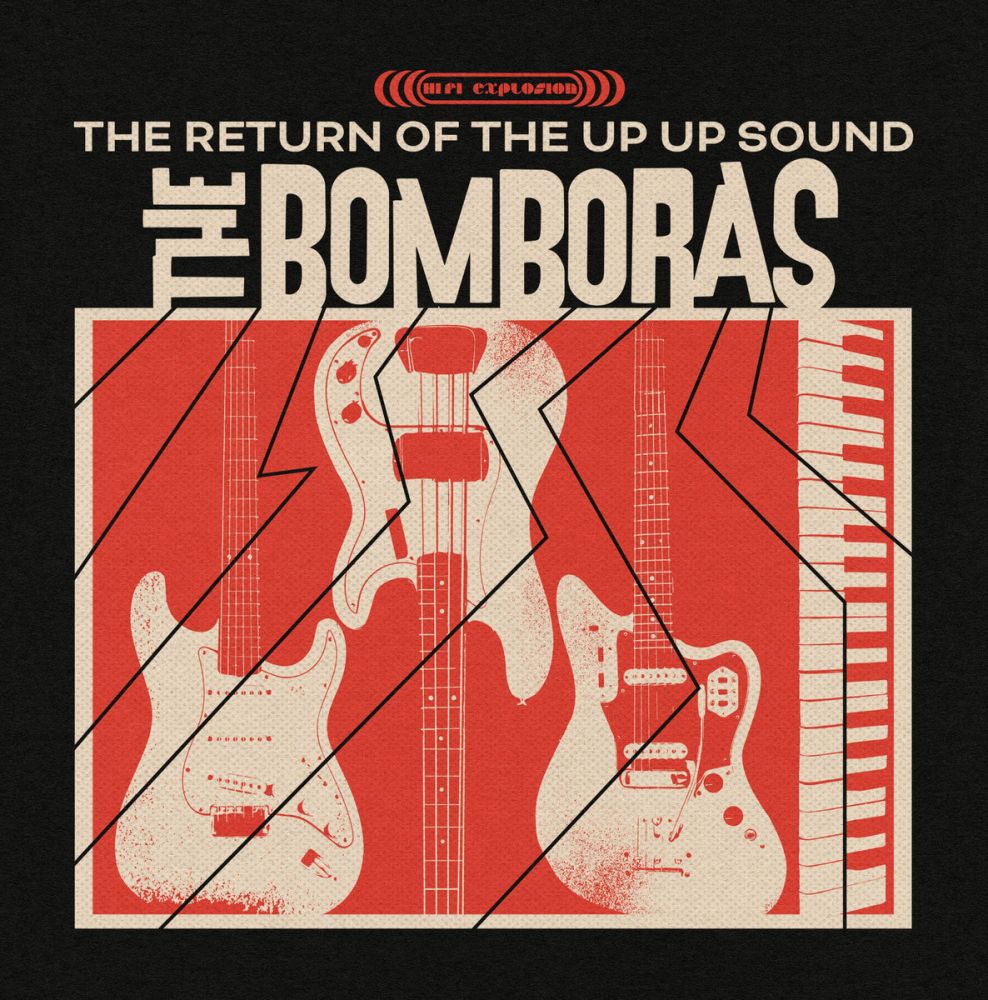 The Bomboras - The Return of the Up Up Sound EP

With this category as bloated as it is, I wasn't sure whether to include this. It's the only EP in this list, in time it may be overshadowed by the promised 2022 LP. But if these awards are a record of notable releases of the year, I would be remiss to leave it off. This is a tremendous statement from the returning legends, each track distinct and each among the best they've ever done... in fact as it stands this may be their best release. 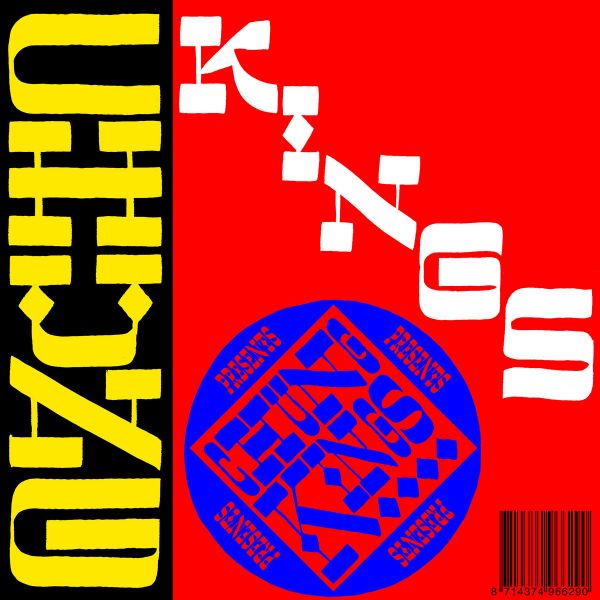 A gang of soul musicians jump in the studio and bang out a surf record. The result is great, simple surf guitar riffs with a good dose of exotic mystique and some seriously hip-shaking rhythms. It's familiar enough to be instantly appreciable to surf fans, but also fresh enough to stand out. Perhaps the most party-ready record in the Gremmy Awards this year. 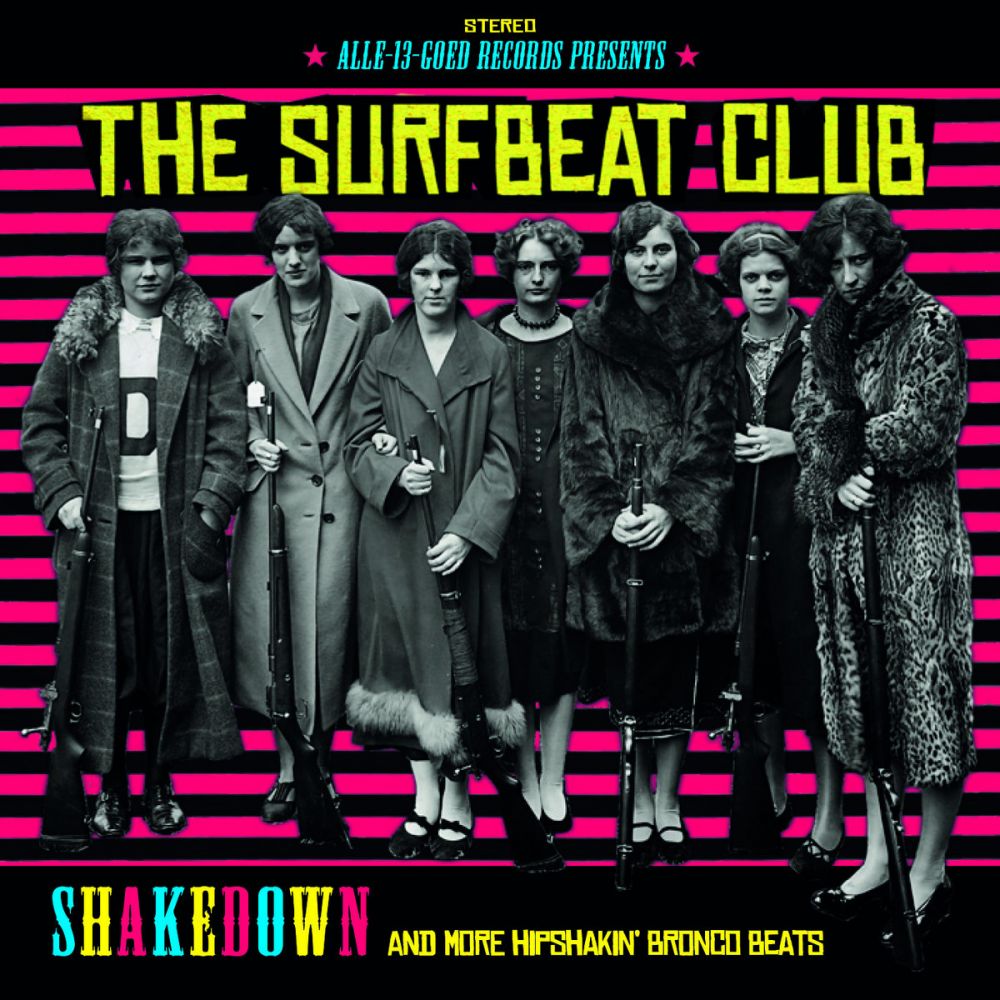 Oh wait. Maybe this is the most party-ready record? In this scenario, however, it's gonna involve a lot more spilled drinks, sweat, and muscle aches the next day. Always fast, never subtle, rude but not malicious, different but not exotic, and smarter than it presents itself. It's such a nakedly fun record and I wanna see it played live.

Is this a comeback album? The Tremolo Beer Gut have never really left, and in the past ten years they've released singles, a cover album and a live album. But they hadn't released an album of original material since 2008. This has a different feel than a comeback album -- it feels like a celebration of the band. It's filled with collaborations, and many of the tracks are surprisingly upbeat and fun rather than acerbic and harsh. This isn't a departure. That unique, stinging tone is still there -- this is unmistakably a TBG record, but it's flying in all sorts of different directions. 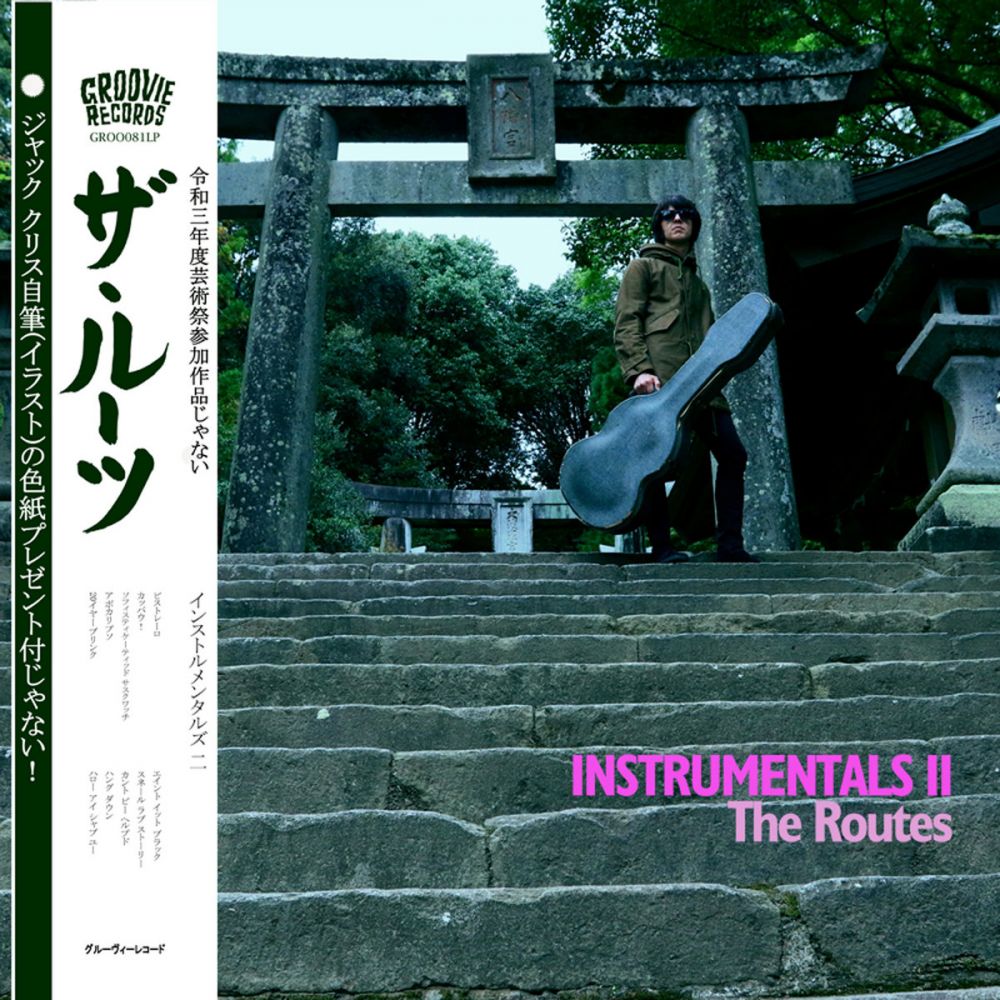 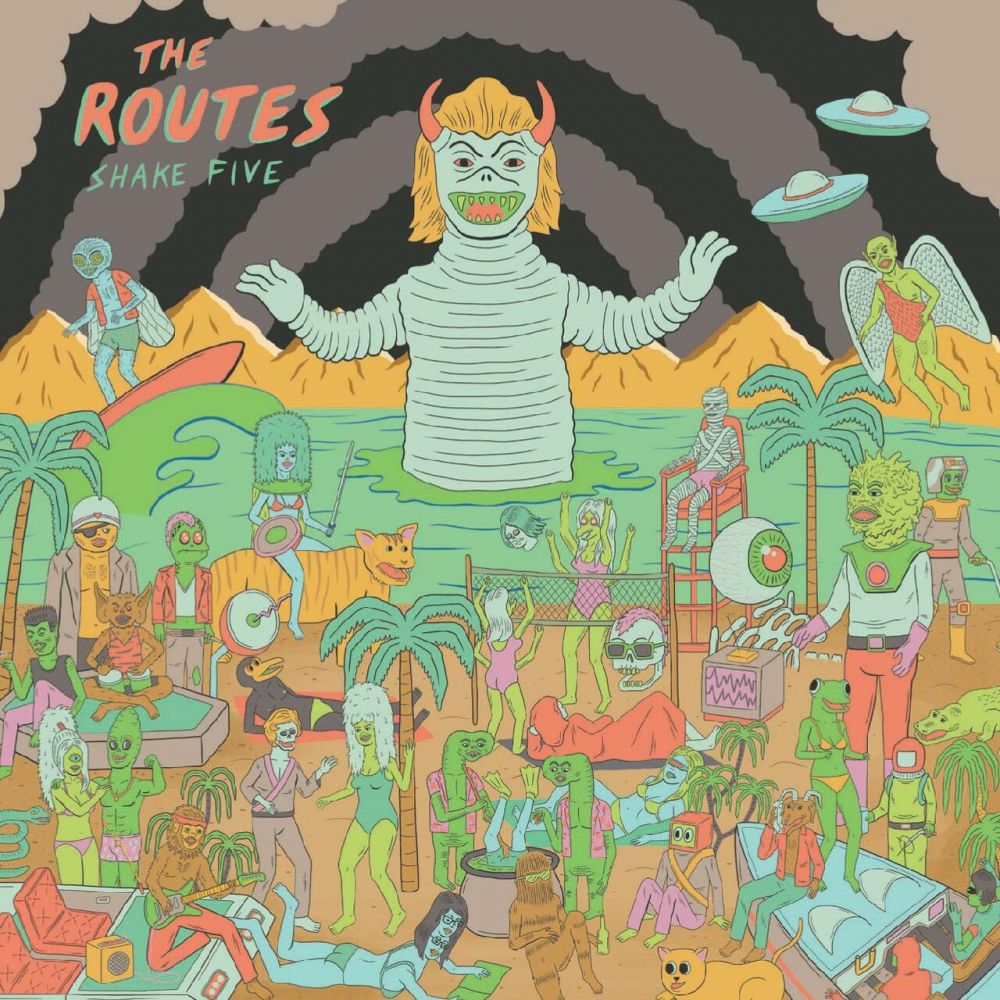 This was The Routes' year for sure. I've never released an album, but I've seen the work that goes into it. I can't imagine doing it twice in one year -- wait no, three if you count their garage rock album -- and each with a vinyl release. I was a big fan of their original Instrumentals record and never thought I'd see more, let alone a single-year-double-dose.

There are differences between these two albums, but they're subtle enough to consider together (though I think I'm a Shake Five guy if pressed). You've got riff-heavy, simple, impactful in-the-red guitar and some seriously slinky, hip-swivelin' bass lines, and it all hits you straight in the gut. It's simple and un-subtle enough to be real rock & roll, but it can be surprisingly exotic too. While Instrumentals I might have flown under-the-radar, I think the surf community noticed this double-strike and I hope we'll see more instros from them in the future. Though I understand if they need a moment to breathe. 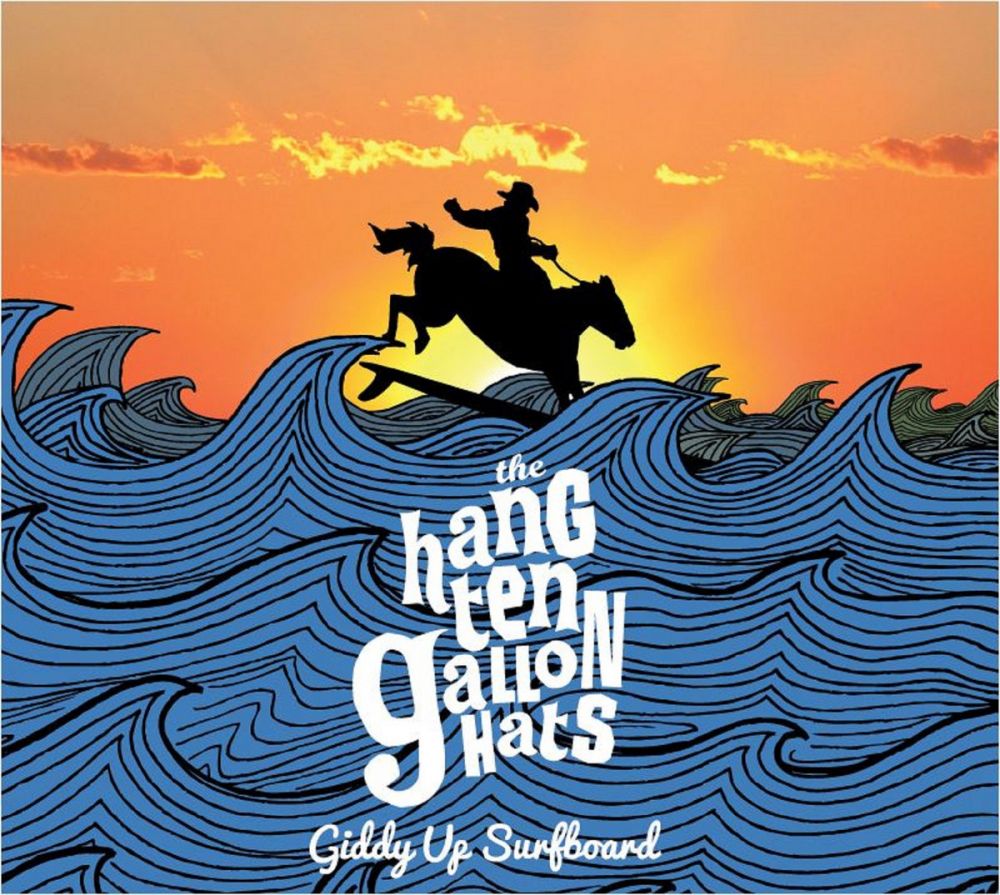 This is the first release from this group that's been around for at least six years, and what a way to make a statement. Their surf chops are polished to a mirror finish, demonstrated on their great cover of "Pintor" but the Western feel implied by their band and album name is a great touch. It's not quite going for an Italian composer feel, but aiming to capture that same mood of an open, lonely western expanse. It's largely guitar-focused, but there are some nice little touches of keyboards that open it up a little more. These are simply delightful songs and played about as well as you could hope, and the result is a great surf album (it's absolutely a surf album first) with a surprisingly cozy feel to it. 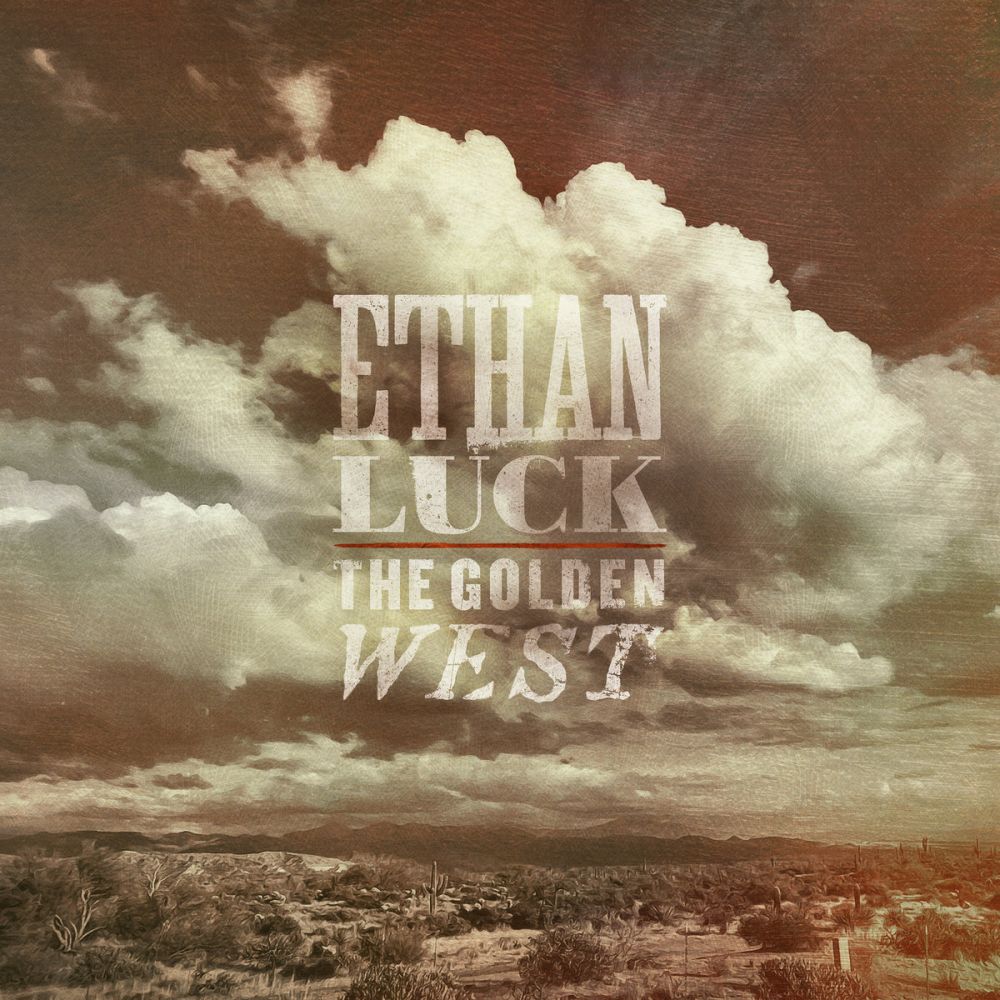 And here's a different approach to the above. Ethan Luck's album features reverb-laden surf guitar played in an epic spaghetti-western fashion. Ethan's clearly knows his way around a studio; he not only played almost all the instruments on this, but it's a pretty deluxe production, with richter-scale drum sounds and guitar that sounds like it stretches for miles. All that gloss aside, the compositions are great and evoke Western sounds without leaning on cliché. It's a wild ride from start to finish without ever getting dull.

And the Gremmy Goes To... 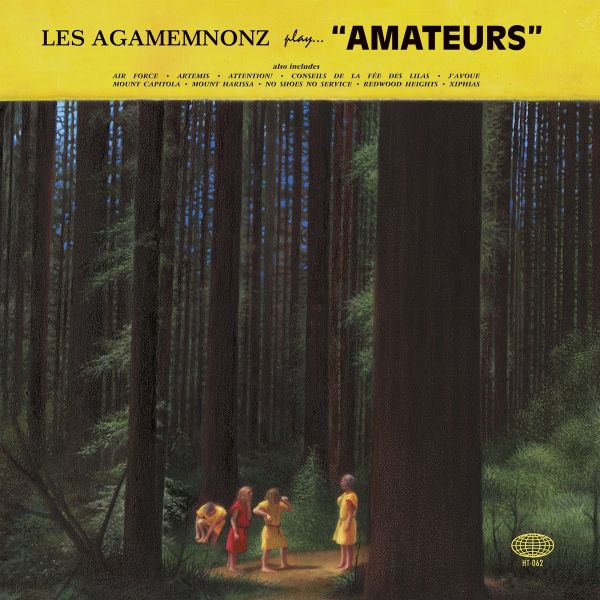 This was tough! I spent days listening to all of these albums on shuffle, waiting for one to differentiate itself and for others to fade. All I ended up with was an awesome playlist. Each of these is excellent, and none of these is perfect. In the end it wasn't going to come down to which album had the best songs, it was going to be about which album really made a statement, which one felt like it would be remembered in the history of the genre, and of course, which one I would regret the least when I look back at this exercise. Viewed this way, it seemed pretty easy to land on a choice.

Between festivals, the 2010's round-up, and write-ups of this album, I feel like I'm constantly trying to distill the essence of Les Agamemnonz (and hopefully not repeat myself in the process). Is Amateurs another face of that prism, or is the the most concentrated glimpse at them I've seen so far? I'll go with "yes", as that seems like the best answer for a band that deals in so much duality and enigma. Like Shakespearean fools they are plainly unserious in their appearance and performance, but demonstrate razor-sharp understanding of this genre, peripheral rock&roll instrumentals, and music that rarely enters surf orbit. Very little of this album feels effortless, it instead feels meticulous, cohesive, and streamlined. And of course, I'm sure I'd feel differently if I saw them play it live.

To make a bit of a wild leap, they remind me of The Monks -- a band cramming wild, avant-garde ideas into unassuming rock & roll songs, daring you to notice what lies behind their ridiculous facade.

Despite plenty of "extra" this time around with string and brass accompaniment etc, there's a very elemental feel to this. Take "Mount Capitola", probably the track with the most kitchen-sink thrown in -- the pulse of a surprisingly modest sounding snare is pulling you through the entire adventure, like your cart on a theme park ride. And then there's several extremely stripped-back tracks, pulling you back into a small space after brief explosions.

All of this jumping from high-brow to low-brow is missing what might be most important: these songs are great. "Artemis" over time has become its own great track as my brain removed it from its origins as "Diana". My foot spasms uncontrollably as the opening rhythm guitar fires up on tracks like "Air Force". "Attention" is such a fun mix of spookiness and bursting joy. Even the tracks that seem a little awkward on their own fit in so well as a piece of the entire puzzle.

At times I've struggled to write about this album out of fear that I hadn't unpacked it enough. Clearly, I've spent plenty of time thinking, and the best thing about it is that I'm pretty sure there's more to extract. A great album make you think as much as it makes you feel. To be honest, I wish I couldn't be so cerebral about this one. I want to hear this in person, watch them practically knock each other over on stage. It's a big part of what this band is. I hope we all get a chance soon.

Here is your .png file 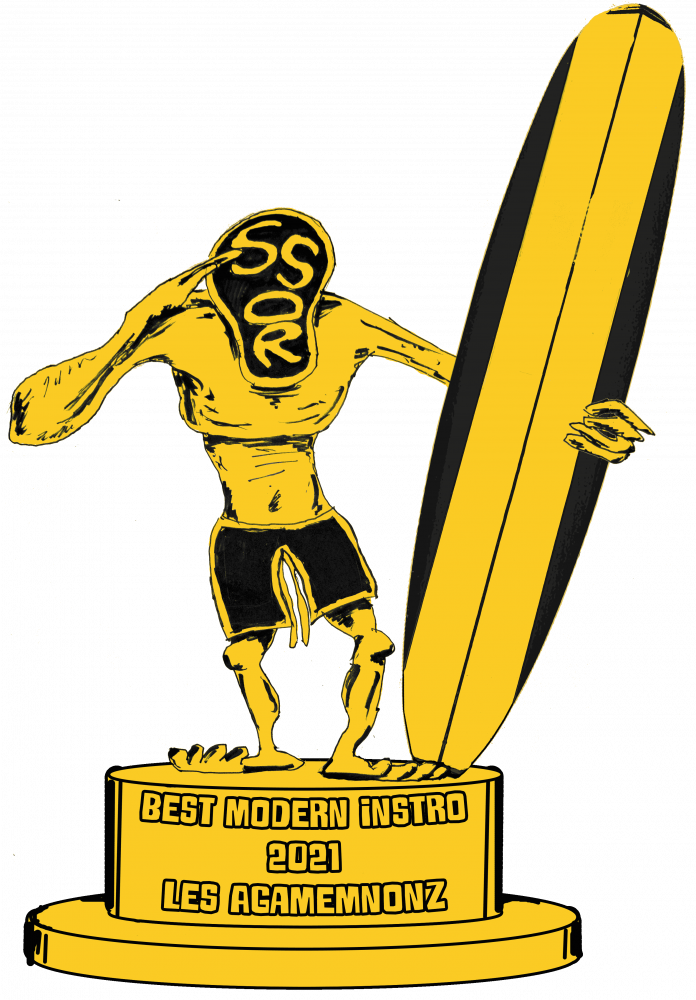