For such a populous part of the world, it's REALLY hard to find a Chinese surf band (I'm counting Taiwan). Los Coronados are particularly interesting though, perhaps more than meets the eye. These guys claim that they are actually Los Coronados Jr., the grandsons of the original Tawianese surf band Los Coronados back in 1965. This is supposedly the digitized reel-to-reels of their original 1965 recording.

It DOES sound very traditional: very simple surf setup, great sense of excitement and energy, not much to it other than instruments and a sunny sensibility. It's a great EP.

I just don't buy the story. First of all, it sounds fake vintage. They do it well but the reverb has a more modern sound and... I don't know... it doesn't sound like 1965 to me. A great imitation though.

So if you take a look at their facebook page they have several mysterious posts cryptically suggesting "Don't believe everything you read on the internet." Then there's this image. 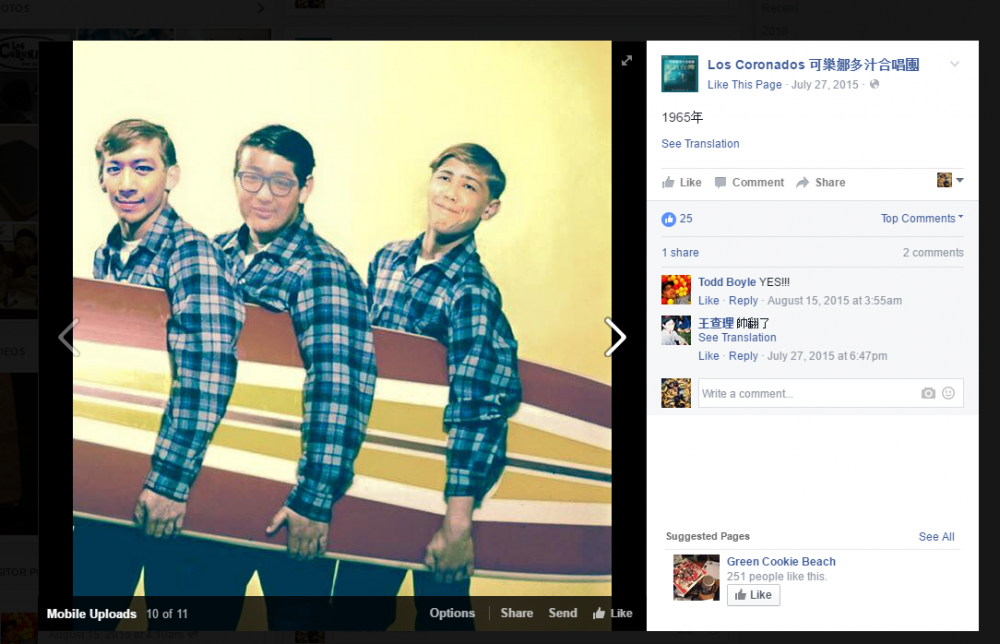 Ha..... yeah that's literally three faces photoshopped onto the Beach Boys. Which makes me think I'm taking this wayyyyy too seriously. It's fun to write about, and I still don't know whether the 1965 Los Coronados existed (skeptical) but this whole mystery is a fun way to add a little bit more intrigue to an otherwise pretty plain surf concept.

And all that mystery aside, hats off to Los Coronados Jrs, it's still a fun surf record. Give it a listen and you'll see.

Total votes: 69
What do you think of this? Voting is anonymous.
Tweet